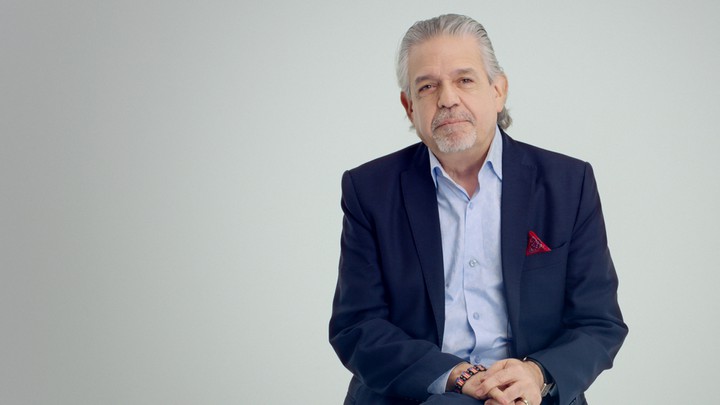 Luis Miranda’s story is told in the documentary "Siempre, Luis," which made its debut on HBO on Oct. 6. (Photo courtesy HBO)

Luis Miranda Jr., whose life story is told in a new HBO documentary, will participate in a livestreamed conversation with Skidmore College President Marc C. Conner about Miranda’s life and career, the value of public service, the role of the liberal arts, his thoughts on fatherhood and other topics on Monday, Oct. 19 at 4 p.m. The event is free and open to the public.

Luis Miranda’s story is told in the documentary "Siempre, Luis," which made its debut on HBO on Oct. 6.

He is founding partner of the MirRam Group, a government affairs, lobbying and political consulting firm in New York. He has previously served in three New York City mayoral administrations.

Additionally, Miranda serves as founding president of the Hispanic Federation and past chairman of the New York City Health and Hospitals Corporation. He is board chair of the Latino Victory Fund and the Northern Manhattan Arts Alliance. He also serves as a board member of the Public Theater, NYC & Company and the nonprofit The City. He chairs the advisory boards to Broadway League’s Viva Broadway and the Caribbean and Latin American Studies Department at the CUNY Graduate Center.

Luis Miranda Jr. manages the Miranda Family Foundation, which has funded scholarships that support diversity and inclusion in the arts. He and his wife, Dr. Luz Towns-Miranda, have two adult children, Luz Miranda-Crespo and Lin-Manuel Miranda.

Over the summer, a generous gift from the Lin-Manuel Miranda Family Foundation helped first-generation Skidmore students and students with financial need pursue professional development opportunities over the summer, when many internships and job opportunities were rescinded or canceled due to COVID-19.

Through a partnership between Skidmore College’s Career Development Center and Cornell University’s online executive certificate program, the Mirandas’ donation supported 44 students as they advanced their skills in areas that would best support their career goals — choosing from programs in marketing, finance and business, data science, technology, diversity and inclusion, health care and more.

In August, students who benefited from the gift were able to directly express their appreciation and describe their experiences to Luis Miranda Jr. and Luz Towns-Miranda through a Zoom call.

This online event will be livestreamed at skidmo.re/miranda

Gratitude for a semester of accomplishments and hopeful days ahead
The Skidmore College community has come together this semester to maintain a safe campus, allowing the College to successfully offer 12 weeks of fulfilling in-person instruction and move forward with major initiatives for the future.
END_OF_DOCUMENT_TOKEN_TO_BE_REPLACED
Nov 24 2020