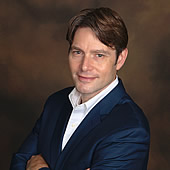 Born in Wiesbaden, Germany, Tillman Nechtman was raised in Augusta, GA. He attended the Edmund A. Walsh School of Foreign Service at Georgetown University, earning a Bachelor of Science of Foreign Service degree in 1997. While a student at Georgetown, Professor Nechtman spent the 1996-1997 academic year as a student at the Universidad de Sevilla in Seville, Spain. After graduating from Georgetown, Nechtman migrated to the West coast, where he earned a Masters degree in domestic British History from the Claremont Graduate University in 1999. In 2002, Nechtman received a second Masters degree, this one in British Imperial History, from the University of Southern California. Professor Nechtman earned his Ph.D. in British Imperial History from the University of Southern California in 2005. He moved from the Los Angeles area in the Fall of that same year to join Skidmore's History Department.

Professor Nechtman's teaching and research interests focus on Britain and its empire. He has published widely on the cultural relationships between Britain and India in the eighteenth century. His work has appeared in such journals as History Compass, The Journal of Women's History, and The Journal of Eighteenth-Century Studies. Professor Nechtman’s first book Nabobs: Identity and Empire in Eighteenth-Century Britain was published by Cambridge University Press in 2010. His most recent work focuses on the history of the British Empire in the global Pacific Ocean. His second book, The Pretender of Pitcairn Island: Joshua W. Hill, the Man Who Would Be King Among the Bounty Mutineers is available from Cambridge University Press.