Three Skidmore young alumni are bucking the millennial stereotype with their success in the entertainment industry.

Three years post-grad finds Zazie Beetz as a member of the cast of a Golden Globe award-winning TV show. Her role as “Van,”  the sole female character on Atlanta, isn’t her first acting gig, but it’s the one garnering the most attention. Beetz has appeared in three Netflix series. The next one, featuring Chance the Rapper (who played a concert at Skidmore in 2014), is due out later this year. She’s no stranger to the stage either. A French major while at Skidmore, Beetz was in the mainstage production her senior year and often relies on techniques she learned from her theater classes. Now, she gets recognized three or four times a day when she leaves the house.

Speaking of The Tonight Show … Skidmore has a connection with the show’s house band, the Roots. David Slitzky is on a first-name basis with the hip-hop ensemble. He’s recording and engineering their next album while simultaneously working on his master’s degree. He booked the recording gig with the help of his mentor, a connection he made while at Skidmore’s radio station, WSPN. 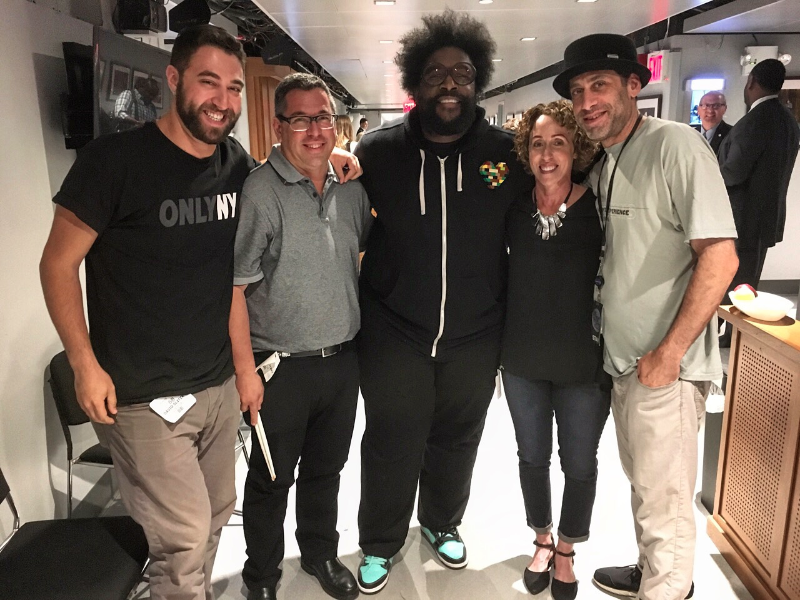 Skidmore donates additional protective gear to hospital
Skidmore College has donated thousands of gloves and other protective gear to Saratoga Hospital to boost the local community's capacity to deal with the COVID-19 outbreak.
END_OF_DOCUMENT_TOKEN_TO_BE_REPLACED
Mar 27 2020

With compassion, Skidmore responds to COVID-19
The Skidmore community has come together with kindness and determination in response to the global health emergency.
END_OF_DOCUMENT_TOKEN_TO_BE_REPLACED
Mar 20 2020
More News