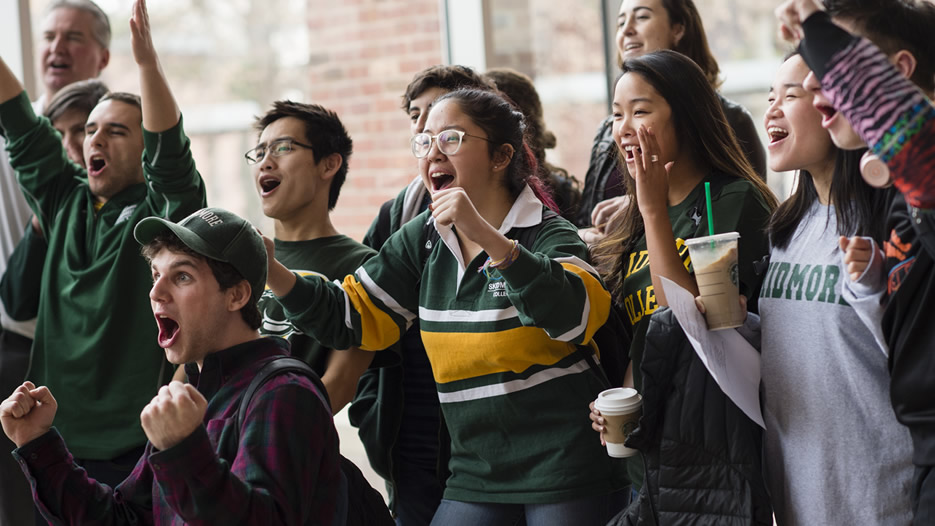 Join President Philip A. Glotzbach for a meet-and-greet coffee hour; then expand your knowledge during “mini-college” presentations offered by Skidmore faculty. Breathe in the fresh fall air during guided walking tours of campus, North Woods, North Broadway and downtown; followed by special musical performances in Zankel Center and art exhibits in the Schick Art Gallery and the Frances Young Tang Teaching Museum. Network and explore careers with families, alumni and professionals during Career Jam, and learn more about campus facilities during tours of the HUB Makerspace, the Van Lennep Riding Center, and Skidmore’s various sustainability programs. Cheer on the Thoroughbreds at a women’s field hockey game or a men’s soccer game, then top off all the excitement with S’(kid)mores and celebration fireworks. Enjoy a jazz brunch in Skidmore’s award-winning Murray-Aikins Dining Hall featuring Skidmore’s Small Jazz Ensemble, then work off your meal during the annual Celebration Weekend 5K run-walk.

The full schedule of Celebration Weekend events is available here.

In addition to the array of activities, the following special events are planned:

Creating Our Future: The Campaign for Skidmore
Thursday, Oct. 18, 6 to 8 p.m.
The Frances Young Tang Teaching Museum and Art Gallery

The campaign is an ambitious effort to raise $200 million to build on Skidmore’s reputation and provide the resources to ensure that creativity remains at the core of everything the College does. This campaign celebration will include special performances by Skidmore students.

A rendering of the Valentine Boathouse on Fish Creek

Skidmore President Philip A. Glotzbach, Marie Glotzbach and the Skidmore College Board of Trustees will hold a dedication ceremony for the Valentine Boathouse on Fish Creek. Skidmore’s crew teams will benefit from the boathouse, which is named for Trustee Peg Valentine and Mike Valentine, parents of Martha, a 2009 Skidmore graduate.

The three-building complex includes a completely renovated main building (previously the only building) that houses larger boats. The new center building, known as the “Team Building,” has a team meeting and workout space with ergometers, a locker room and office space for coaches. The second new building is a sculling pavilion that houses single and double boats.

“Completing and now dedicating the Valentine Boathouse will allow our teams to take a big step forward,” said Gail Cummings-Danson, director of athletics at Skidmore. “With pride, our rowers and coaches will train in a facility that enhances their opportunity for success and speaks to the growing tradition of support.”

“Without the Valentine family gift and the support of others, our three-building complex would not have been possible,” Cummings-Danson said.

Skidmore Crew Head Coach Jim Tucci said the interior of the new Team Building is reminiscent of a boathouse one might find on the historic Boathouse Row in Philadelphia. “It has a wonderful sophistication, as well as the functional aspects that will allow us the potential for optimal performance,” Tucci said.

“The new boathouse will be an inspiring venue to row from, and will increase pride in the program from rowers and supporters,” Tucci said, adding that the project would help in the recruitment of scholar-athletes in the years ahead. 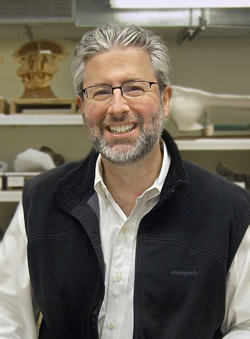 Noted paleontologist and evolutionary biologist Neil Shubin will deliver a keynote address about the importance of interdisciplinary connections and the value of scientific literacy, even for non-science majors.

Shubin, associate dean of biological sciences at the University of Chicago, is known for his discovery of the 375-million-year-old Tiktaalik roseae fossil, considered a key link in the transition from fish to land animals. He is also the author of two popular science books, “The Universe Within: Discovering the Common History of Rocks, Planets, and People” (2013) and the best-selling “Your Inner Fish: A Journey into the 3.5-Billion-Year History of the Human Body” (2008).

“The breakthroughs that matter in today’s science are coming from people who think beyond disciplinary boundaries, who explore answers to scientific puzzles that span all lines of human inquiry,” Shubin said. “Today’s science needs integrative thinkers whose background spans the humanities, social sciences as well as traditional STEM fields.”

Shubin’s “Your Inner Fish” was selected as Skidmore’s First-Year Experience book in 2010. In 2014, Shubin received an honorary degree at Skidmore’s Commencement.

“One of the most memorable aspects of my first visit to Skidmore was the energy and creativity of the students,” Shubin said. “They brought diverse perspectives to the book and, indeed, one of the questions became fodder for a chapter in my second one. Those kinds of experiences are a testimony to the power of liberal arts colleges in education.”

Shubin is working on exploring even deeper into the fossil record than Tiktaalik roseae. In December, he will be leading a small team to the Transantarctic Mountains in the hunt for some of the earliest bony fish in the fossil record. 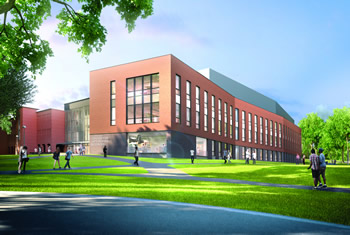 A rendering of The Center for Integrated Sciences

President Glotzbach, Marie Glotzbach and the Skidmore College Board of Trustees will host an official groundbreaking ceremony for the Center for Integrated Sciences (CIS). The 200,000-square-foot center, currently under construction, will combine Skidmore’s 10 science departments and programs and more than 90 science faculty under one roof and house 46 research labs — plus the IdeaLab, a creative maker space for students and faculty. The project — the largest single academic initiative in Skidmore’s history — will transform a sizable portion of campus into an innovative hub that strengthens interdisciplinary connections between and among the sciences, arts, humanities and social sciences.

“The Center for Integrated Sciences will give students and faculty access to cutting-edge technology and pedagogical tools and create a space in which intellectual passion and curiosity will be encouraged to roam freely across disciplinary boundaries,” Glotzbach said. “This is a watershed moment in Skidmore’s history that will extend our reputation for curricular creativity and innovation.”

The number of science majors at Skidmore has doubled in the last decade and Skidmore scientists are engaging in major collaborative research initiatives with students and other institutions. Skidmore faculty have secured major recent grants for their research from institutions that include the American Chemical Society Petroleum Research Fund, James S. McDonnell Foundation, GRAMMY Museum Foundation, U.S. Department of Homeland Security, Centers for Disease Control/National Institute for Occupational Safety and Health, National Science Foundation, National Institutes of Health, National Aeronautics and Space Administration and the Smithsonian Astrophysical Observatory.

An affirming moment of joy
With appeals for social justice and charges to change the world — without forgetting to pause for moments of joy — Skidmore College conferred 589 degrees to the Class of 2022 during the College’s 111th Commencement Exercises.
END_OF_DOCUMENT_TOKEN_TO_BE_REPLACED
May 23 2022

Your guide to Skidmore's academic regalia
At Commencement, Skidmore grads don colorful and symbolic regalia to celebrate their personal journeys and creative accomplishments. Here’s your guide to the story each piece tells.
END_OF_DOCUMENT_TOKEN_TO_BE_REPLACED
May 19 2022

Dear Class of 2022 ... Love, Skidmore
A tribute to the members of the Class of 2022 from some of the people – Skidmore faculty and staff – who witnessed and supported, their remarkable growth, perseverance, and success.
END_OF_DOCUMENT_TOKEN_TO_BE_REPLACED
May 18 2022
More News