Photo essay: A history of food at Skidmore 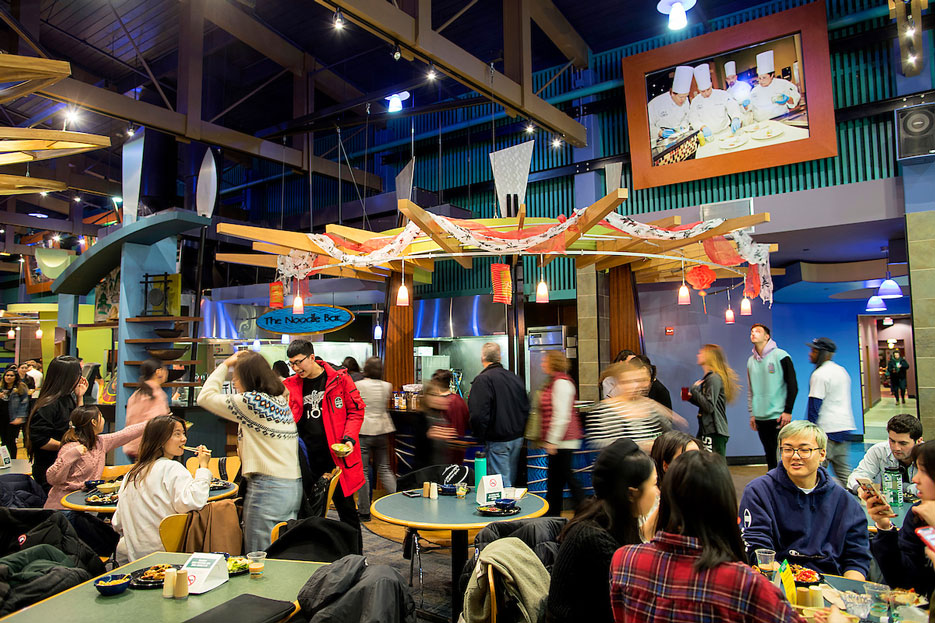 Today, Murray-Aikins Dining Hall offers a wide variety of options, from international foods to a vegan station.
by James Helicke

The study of food and the dining services offered at Skidmore have evolved throughout the decades, reflecting broader changes at the College. From a 1920s class in domestic science to a longstanding Chicken Finger Friday tradition, here's a glimpse at some of the ways that Skidmore community's connection to food have changed over the years: 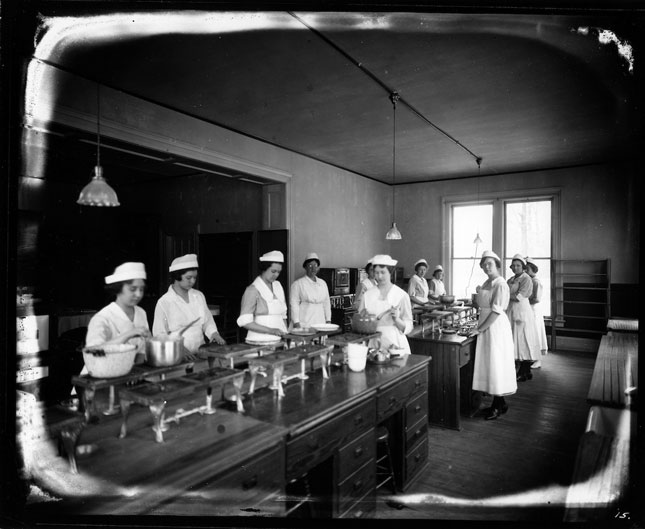 Domestic science was once a subject at the heart of Skidmore’s curriculum. In this 1920s photo, students learn cooking techniques in one such course. The study of food is once again finding its way into Skidmore courses, from science to the humanities, and propelling creative thought at Skidmore. 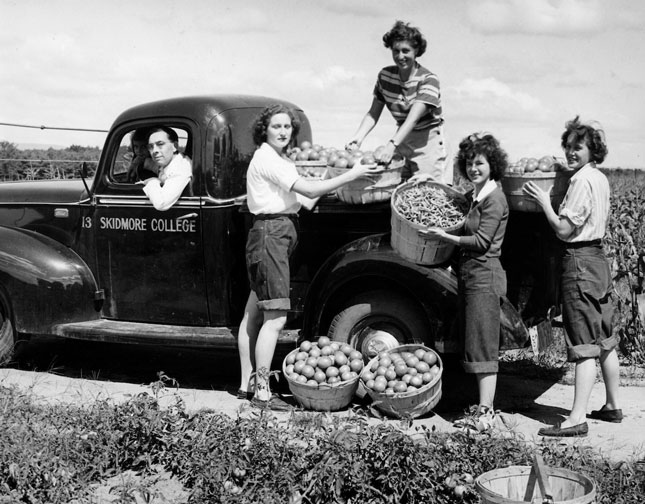 Karl Hyde, professor of biology, headed up the Victory Garden Project to support our troops during World War II. In this photo from the summer of 1943, he is seen in the driver's seat as students load up vegetables from the College's Victory Garden. Today, the Skidmore Community Garden reflects broader interest on and off campus in locally grown and healthy foods. Some of the yield now goes to the dining hall. 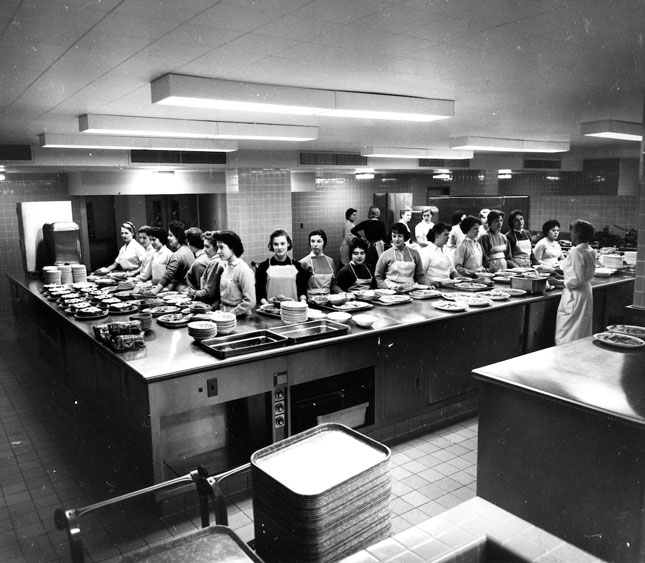 In this 1959 photo, food is prepared in the kitchen in Moore Hall. The Pink Palace, Skidmore’s last downtown building, was closed in 2006 and was razed in 2016 for a condominium project. 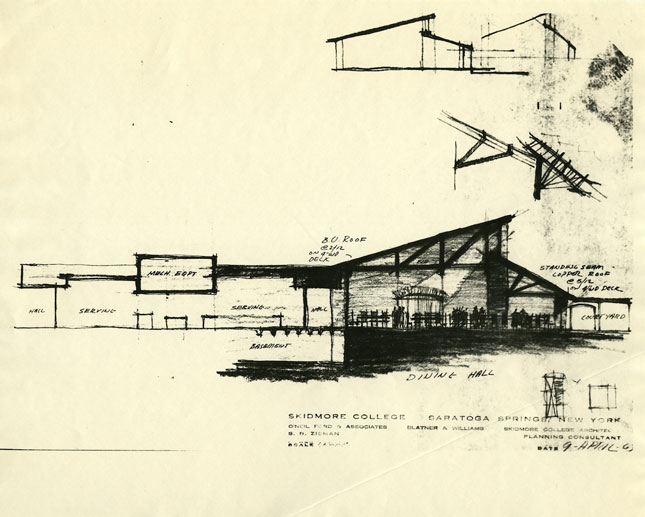 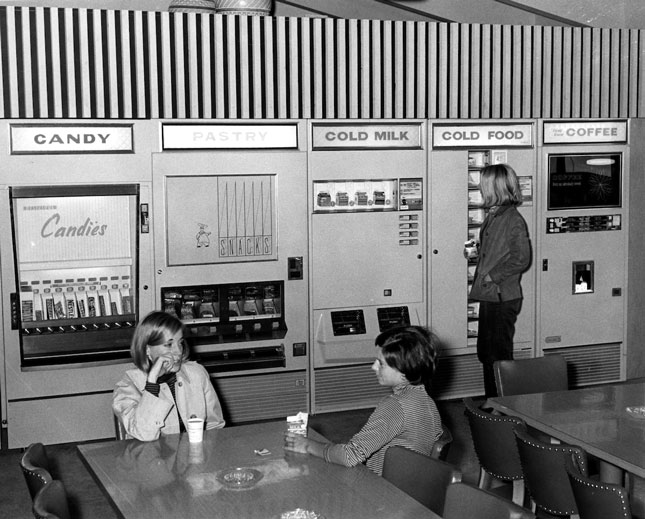 In 1966, students could stop by the Corner-Copia snack bar on the new campus to grab some sweet treats or beverages on the go. Today, Skidmore has Burgess Cafe and The Spa in Case Center, as well as Atrium Cafe, as options for grabbing a quick bite. 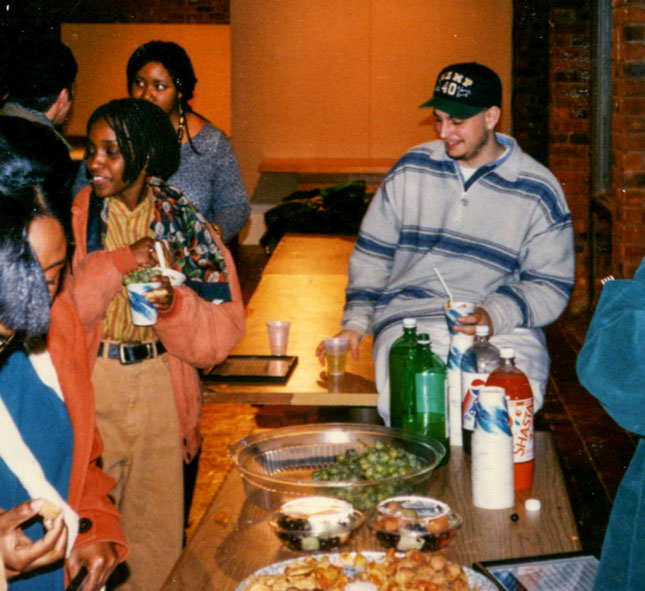 As Skidmore’s study body has changed over the years, so has its dining scene. Dining Services has also expanded offerings to appeal to a growing international student population and diverse tastes and dietary concerns. Shown is an African, Hispanic, Asian and Native American (AHANA) event at Skidmore in 1995. 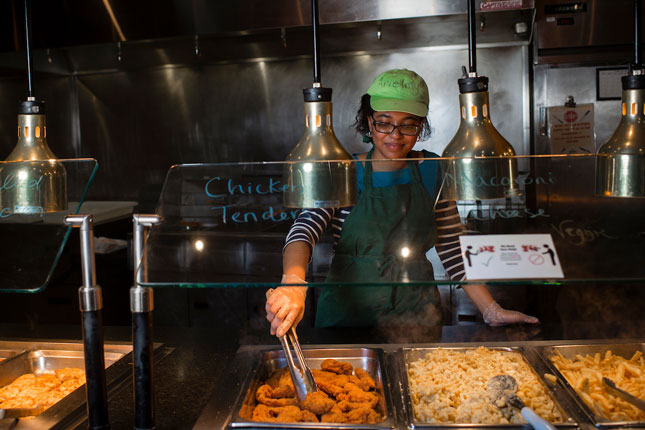 Chicken Finger Friday has been a popular tradition on campus for the past four decades. Murray-Aikins Dining Hall hosts theme dinners and special events to keep food fun.

Skidmore honors graduates during live Commencement
Skidmore conferred 647 degrees in a live, virtual Commencement ceremony on Saturday, May 30.
END_OF_DOCUMENT_TOKEN_TO_BE_REPLACED
May 30 2020

Congratulations to the Class of 2020
Economics, history and psychology professors, deans, advisers, administrative assistants and even Doodles the dog send their best wishes to graduates.
END_OF_DOCUMENT_TOKEN_TO_BE_REPLACED
May 30 2020
More News