Many would describe this election season as exhausting, but at Skidmore it has been interesting and exploratory. Students, faculty, and staff have participated in community dialogues regarding the presidential campaigns, challenging each other’s views and questioning values showcased by the candidates.

Local-area New York State Congressmen Chris Gibson (Republican) and Paul Tonko (Democrat) visited Skidmore in October to discuss “What Happened to Compromise?” moderated by journalist and PBS host Alexander Heffner. Known for civil debate and bipartisan cooperation, Gibson and Tonko “agreed to disagree” with an audience of over 200 students, faculty, and staff who posed thoughtful questions to the panelists. 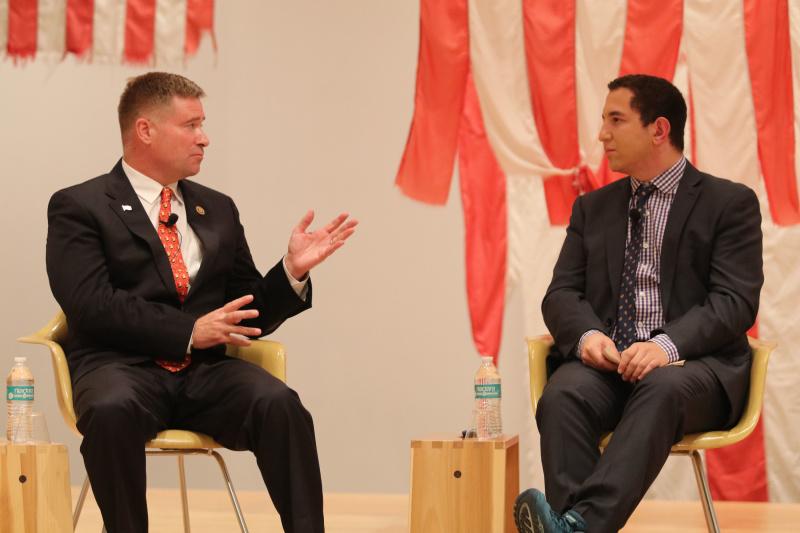 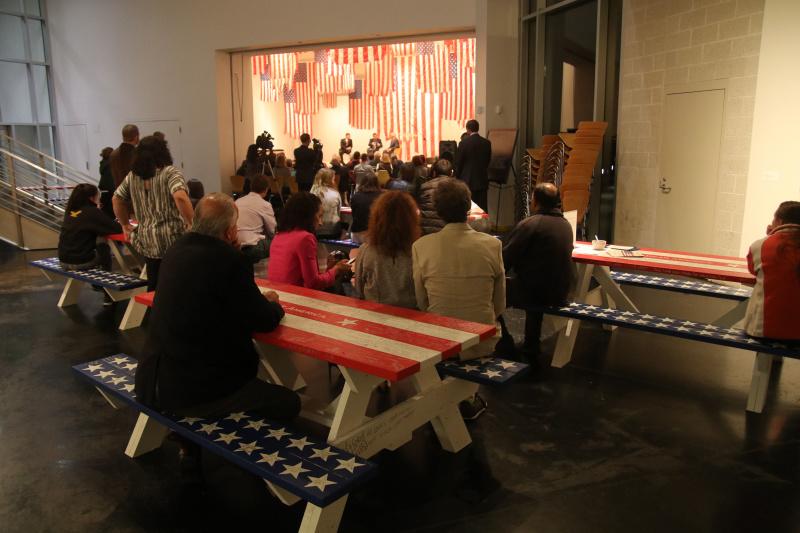 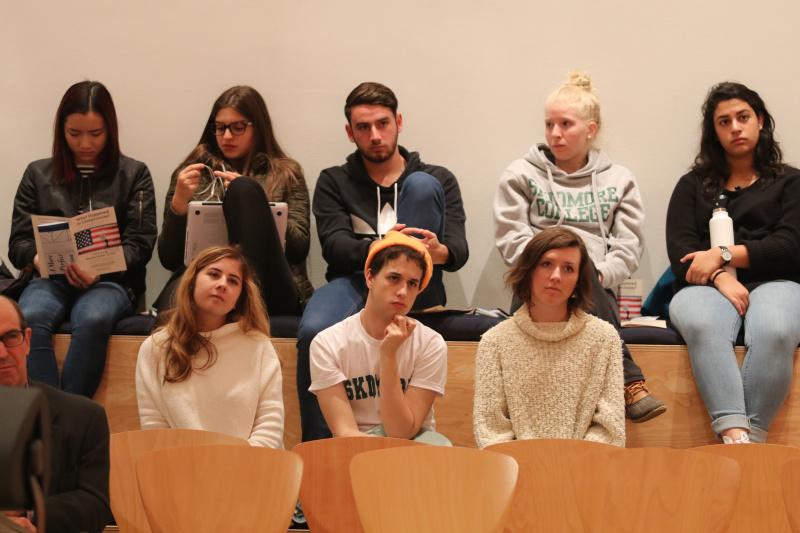 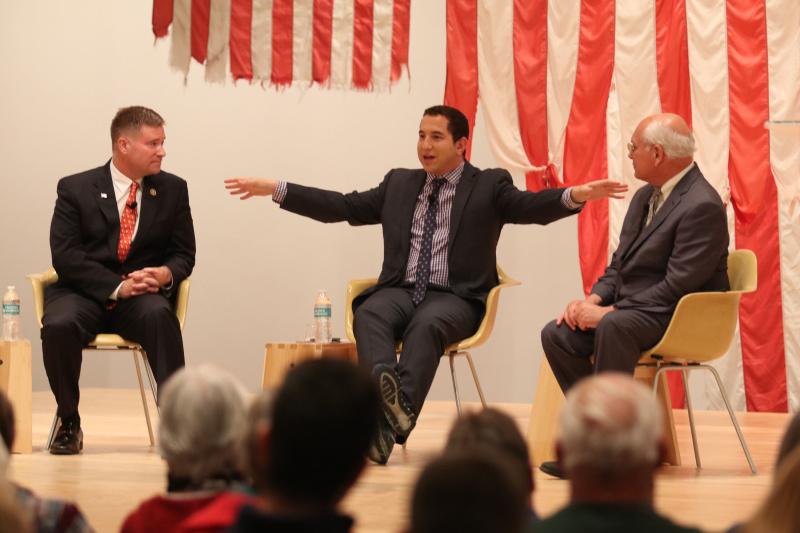 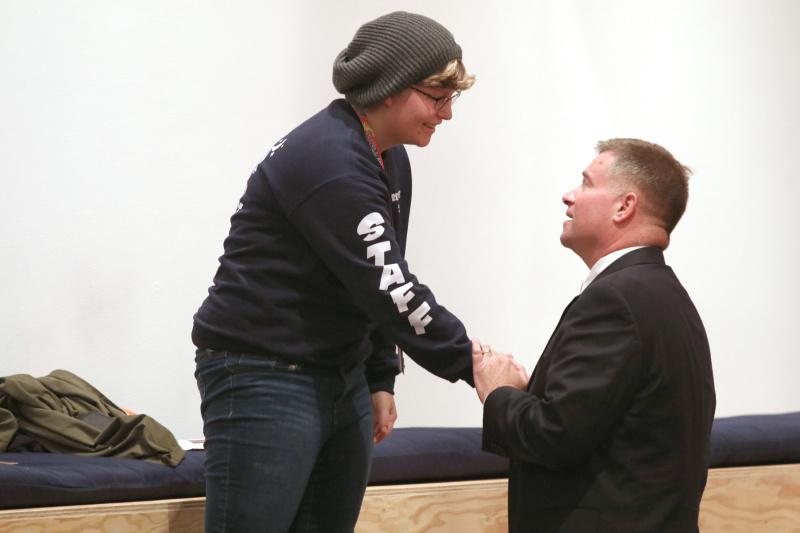 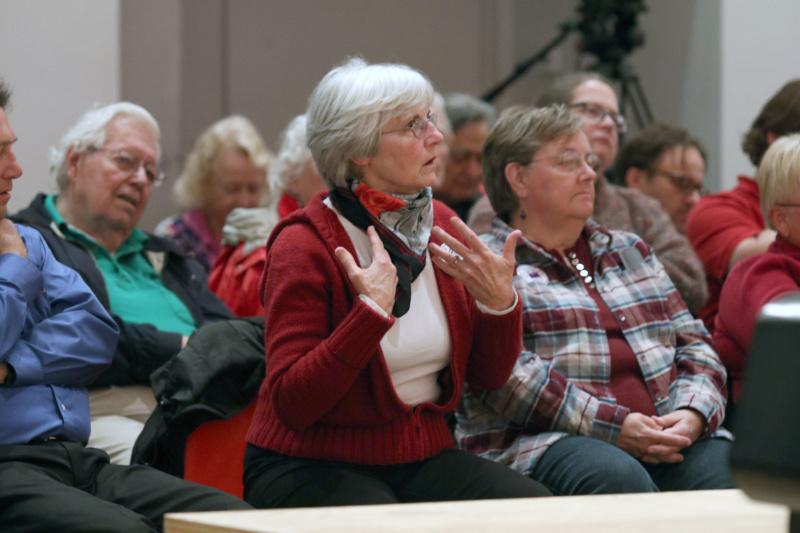 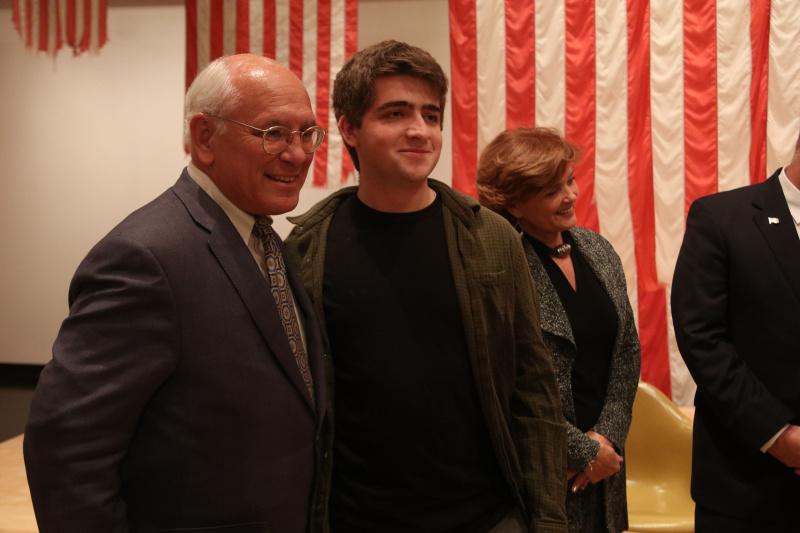 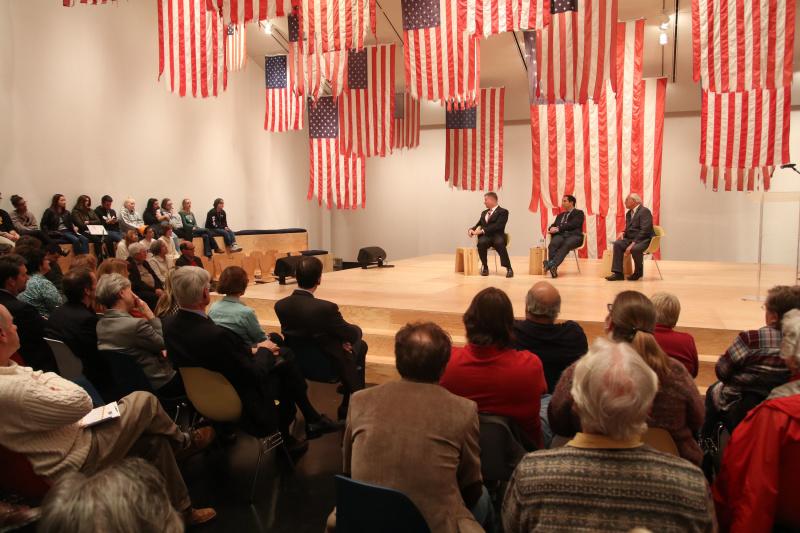 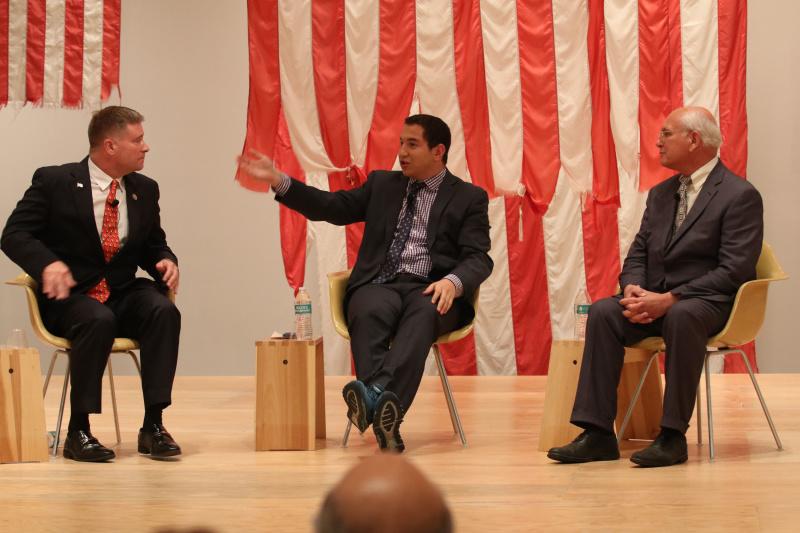 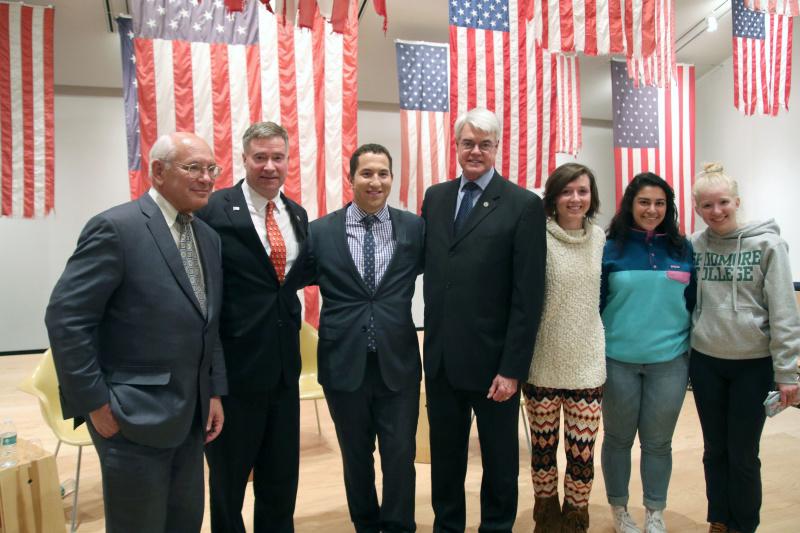 Business professor Minita Sanghvi provided insight into Hillary Clinton’s campaign as a scholar of the marketing of female politicians. She refers to Sigmund Freud in her argument, suggesting that “if he were here watching the campaigns, he would predict her victory…not because of her expertise or popularity, but because of whose wife she is.” Sanghvi discussed this theory in November, in a talk titled “A Woman’s Place…is in the White House: Gender and the 2016 Presidential Elections.”

Historian Jennifer Delton, political scientist Chris Mann, psychologist Sheldon Solomon, and sociologist Andrew Linder ’03 held a faculty panel discussion about “Teaching Trump”—that is, how Trump’s unusual campaign has infiltrated the academic sphere. Hosted by the Skidmore Republicans and moderated by social-work professor Pat Oles, the event drew an SRO crowd, with students from all parts of the political spectrum questioning the panel.

Political scientist Chris Mann was interviewed for a This is Skidmore podcast episode about his “Campaigns and Elections” and “Election Research” courses. Between the two, students have been following political races, putting in real-world work for a campaign, and conducting on-the-ground research of conditions at polling places on Election Day.

To close another presidential campaign season, the Tang Museum will be hosting the 2016 Election Night Extravaganza, welcoming the Skidmore community to watch the coverage as election results roll in. With good food, student performances, political scientist Ron Seyb’s “Winning Was Easy. Governing’s Hard. There’s Gotta Be a Morning After (and How to Prepare for it),” and plenty of discussion, history will be made.

Skidmore presents StartUp Skidmore
The Feb. 17-19 workshop and competition — open to all Skidmore students from all majors — will enable participants to fine-tune their business pitches and develop a prototype for their own creative products and ideas.
END_OF_DOCUMENT_TOKEN_TO_BE_REPLACED
Jan 20 2023

Four seasons of Skidmore: 2022 in review
2022 saw the return of many beloved traditions to campus and marked the start of a yearlong celebration of the College’s Centennial, giving us all reason to pause and reflect on Skidmore’s past, present, and future.
END_OF_DOCUMENT_TOKEN_TO_BE_REPLACED
Dec 15 2022
More News