Why do people vote the way they do? 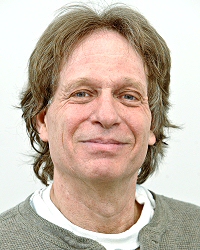 Psychology professor Sheldon Solomon—an expert on humans' deep, embedded terrors about mortality—will discuss fear and voting at a Skidmore regional event for alumni and others in New York City. The talk, "Election 2016: Fatal Attraction," takes place this Thursday, Sept. 22, at 6:30 p.m. at the New York Society for Ethical Culture; tickets can be reserved here.

Donald Trump's candidacy is making the 2016 presidential race one of the most spirited and intense in decades. In examining Trump's campaign rhetoric, Solomon will draw on Ernest Becker's The Denial of Death, Erich Fromm's Escape from Freedom, Eric Hoffer's The True Believer, and Marshall McLuhan's notion that "the medium is the message."

Solomon himself is the co-author of In the Wake of 9/11: The Psychology of Terror and The Worm at the Core: On the Role of Death in Life. A campus favorite for his engaging and dynamic speaking style, he was also featured in the award-winning documentary Flight from Death: The Quest for Immortality. He has earned awards from the American Psychological Association, International Society for Self and Identity, and other groups.

Watch Solomon's lecture from Reunion 2016 on how fear influences voting:

Photo essay: Excited to be back on campus
The entire Skidmore community is enjoying the start of a new academic year filled with dynamic courses, athletics competition, beloved traditions, and — most of all — the return of all students, staff, and faculty to campus.
END_OF_DOCUMENT_TOKEN_TO_BE_REPLACED
Sep 22 2021

Thoroughbreds triumphantly return to competition
Our fall athletes have been waiting a long time to be back on the field after the 2020 season was canceled. Without missing a beat, they've returned in full force and are racking up the wins.
END_OF_DOCUMENT_TOKEN_TO_BE_REPLACED
Sep 15 2021