In March Skidmore’s "Principles of Documentary" class had the pleasure of hosting Dave DeSario, the producer behind A Day’s Work and founder of the Alliance for the American Temporary Workforce. A Day’s Work, the first documentary from DeSario and director David M Garcia, illuminates workers' risks in the temporary staffing industry. The film tells the poignant story of 21-year-old Day Davis, who was killed 90 minutes into his first shift as a temporary employee, through the perspective of Day’s mother and 17-year-old sister. The family’s vivid account of Day’s incident raises awareness for the thousands of temporary employees killed annually. Dave DeSario’s visit to MDOCS helped students better understand the work that goes toward producing a documentary film before and after principal photography.

DeSario focused his presentation on both making and finding an audience for the film from trailers to film festivals. First he introduced the film’s official trailer, a short summary of the temporary staffing industry that introduces Day Davis’s story. DeSario stressed the trailer’s importance as a marketing and fundraising tool. By distributing the trailer through popular social media and other easily accessible channels, DeSario was able to build awareness for the project and attract potential financial backers, who supported the final stage of production—the editing, insuring, and release of the film. Desario counseled that a large part of releasing the film was strategically picking film festival submissions. He identified several festivals to fit his target audience including the Workers Unite! Film Festival and the Reel Work May Day Labor Film. He described reception for A Day’s Work as overwhelmingly positive. Since DeSario was in the Capital Region to screen the film for NENYCOSH (NorthEast New York Coalition for Occupational Safety and Health) at the Albany Law School, it appears to be successfully generating awareness of temporary workers issues. 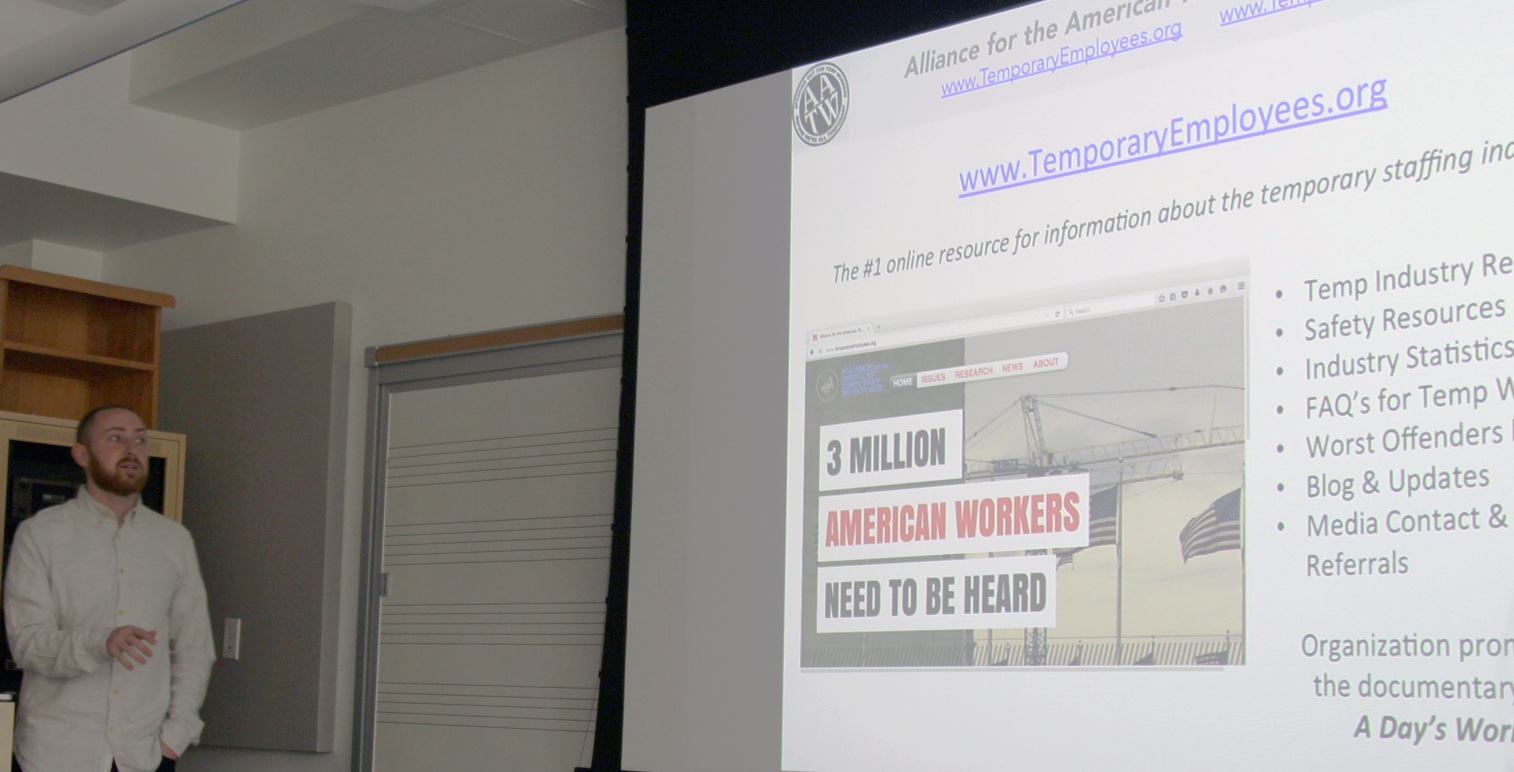 During a question-and-answer session, DeSario fielded questions about the filmmaking process, the use of security footage and news broadcasts and the legal obligations of a documentarian. He noted that a majority of the primary budget for the film was spent on renting high-quality camera equipment; DeSario drew a correlation between the visual quality of a film and its validity as a documentary. He also discussed the planning portion of pre-production and how it contributes to content. He gave as an example that prior to principal photography, he identified familiar documentary film elements—such as interviews with news experts, news footage and security footage showing the incident that killed Day—as fundamental to both telling his story and the film’s credibility.

Once the film was complete, DeSario faced a new set of problems. First he scrutinized every element of the film to make sure it didn’t included words relating to race or politics that might limit audience identification with the underlying issue (it’s someone else’s story) and to maximize the impact of Day’s story. The final step DeSario took before releasing the film was insuring the film and having it vetted by a team of lawyers. DeSario drew on several fair-use laws and publicly accessible records in the film to ensure it wasn’t breaking any copyright laws or susceptible to lawsuit. DeSario exposed students to a firsthand account of the documentary-making process and the many of the planning steps outside of filming and researching the subject. 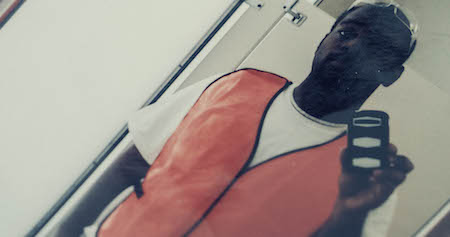 Film Still from "A Day's Work" shows a selfie taken by main subject of the film,
Day Davis, on his first day on the job as a temporary worker and the day he was killed.

A Day’s Work is screening across the country for the next several months including showings at UMass-Amherst on April 19 and at the AFL-CIO Central Labor Council in Massena, New York, on April 30. The film’s official website is TempFilm.com; DeSario and the Alliance for the American Temporary Workforce can be reached at TemporaryEmployees.org.