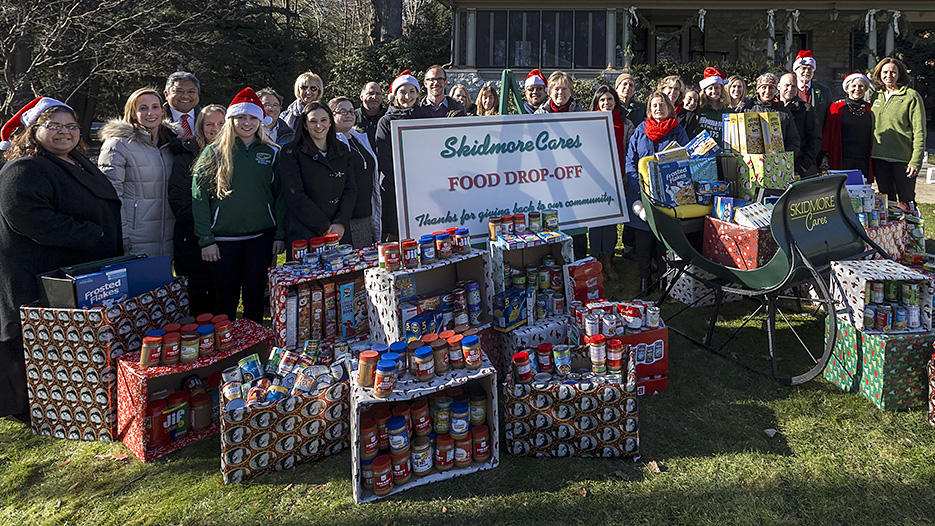 The Skidmore College community has again joined together to collect more than $13,000, 4,000 food items and over 1,000 school supplies and personal care items to support nonprofit organizations through the Skidmore Cares community service program.

The program was founded in 2006 by Skidmore President Philip A. Glotzbach and his wife, Marie Glotzbach, in an effort to bring staff and families together in a meaningful way during the holiday season. They reached out to the Skidmore community to raise donations of food, provisions and school supplies to assist those in need in Saratoga County. Since then, the Skidmore community has donated more than $103,000 in monetary gifts, 32,000 food items and 11,000 school supplies and personal care items for community agencies.

“Skidmore Cares is an expression of values that our Skidmore community holds dear,” President Glotzbach said. “We look forward to this joyous occasion and the opportunity to give back to the larger Saratoga County community each year.”

“We are thankful that the Skidmore community has once again contributed so generously to this initiative,” Marie Glotzbach said. “We recognize the challenges that community organizations face and hope that — together — our efforts can help families and individuals in need.”

On Friday, Dec. 7, members of the Skidmore community and their families gathered for a festive Open House at Scribner House, the president’s home, as the culmination of Skidmore Cares Friday. They delivered contributions to the Skidmore Cares sleigh on the front lawn. 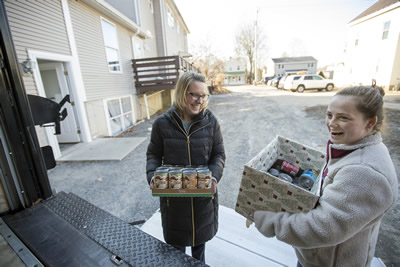 There is an acute need for donations in Saratoga Springs and surrounding areas. In Saratoga County, 7 percent of households fall under federal poverty guidelines. An additional 21 percent are considered “struggling” according to the United Way. 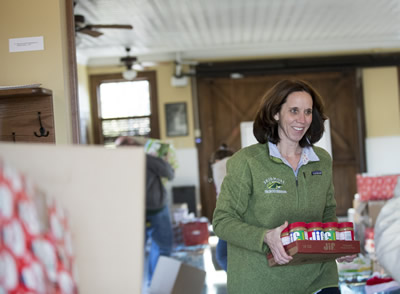 Kari Cushing, executive director of Franklin Community Center, said, “It’s a constant struggle to keep up with the demand. In December, we know that Skidmore Cares is coming with a large food donation and we rely on it.”

“You see these shelters that may be completely bare-bones,” said Megan Buchanan, associate athletic director at Skidmore. “You feel in that moment that you’ve made a difference.”

Skidmore presents StartUp Skidmore
The Feb. 17-19 workshop and competition — open to all Skidmore students from all majors — will enable participants to fine-tune their business pitches and develop a prototype for their own creative products and ideas.
END_OF_DOCUMENT_TOKEN_TO_BE_REPLACED
Jan 20 2023

Four seasons of Skidmore: 2022 in review
2022 saw the return of many beloved traditions to campus and marked the start of a yearlong celebration of the College’s Centennial, giving us all reason to pause and reflect on Skidmore’s past, present, and future.
END_OF_DOCUMENT_TOKEN_TO_BE_REPLACED
Dec 15 2022
More News