Skidmore professors reflect on the 2020 election

What do Skidmore’s faculty experts think about the election, the recent debates and the impact of COVID-19 on national politics? 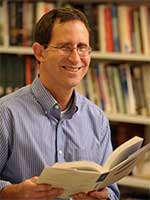 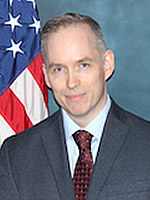 What roles do you think that the debates so far have played in this year’s presidential election?

Seyb: Debates in any election year are Janus-faced: They provide voters with an opportunity to listen to and to watch candidates … (and) to observe the candidates engage with each other in ways that can highlight differences in the candidates’ positions and qualifications. They also, however, are more akin to joint press conferences, in which the candidates rarely respond to the questions as posed and do not really debate with each other, opting instead to wheel out their talking points.

Campbell: Traditionally, we think of debates as an opportunity for candidates to win over undecided voters or those weakly supporting a candidate’s opponent. In reality, today’s hyperpolarized environment leaves few undecided voters at this point in the election.

Campbell: If the electorate is as polarized as many claim — and there is debate on this — then it follows that the “best” electoral strategy is to excite your base and play on the dislike they feel toward the opponent.

Seyb: The vice presidential debate certainly had more of the properties of a traditional presidential ticket debate: The candidates were, for the most part, quite civil to each other; they allowed each other time to make their points without interruption; they steered away from ad hominem attacks; and they did, on occasion, discuss, if not specific policy proposals, at least the outlines of their and their running mates’ programs for combating the pandemic, reviving the economy, engaging with China, etc.

Campbell: I do not believe the vice presidential debate led to more policy discussion. Neither candidate was engaging in a back-and-forth on policy specifics. Instead, policies were trotted out strategically, as when Vice President Pence discussed fracking, which would appeal to a group of Pennsylvania voters vital to Trump’s reelection chances.

How do voters gather information about policy if they are unable to glean it from debates?

Seyb: Social scientists have known for some time that people tend to get most of their political information from interpersonal exchanges with others, whether these be face-to-face or over social media. There are certainly good sources of political information available to the motivated voter (ProPublica is one of my favorites).

Campbell: For those seeking clarity, if not sanity, I suggest a triangulation method: On any given topic, establish the outer boundaries by reading what, for example, media outlets on the right and on the left have to say about it. After this, I suggest dipping into coverage offered by those outlets that are still doing their best to be professionally nonpartisan, such as NPR, Christian Science Monitor or The Associated Press. In other words, do your best to put news sources into dialogue with each other. This will help you sort out fact from bias and help you find a few thoughtful voices to trust.

What can we expect between now and the election in terms of news coverage?

Seyb: As the political scientist Eitan Hersh recently observed, many Americans now watch, in particular, cable news to be entertained rather than to gather information that will help them to cast an informed vote or take actions that will help their communities.

The most troubling feature of the current media landscape is the decay of local newspapers to the point where many communities now live in so-called “news deserts” in which they do not have access to a local newspaper. Research has shown that good local newspapers inspire people in the communities they serve to take an interest in politics and to vote in elections. Local journalism, in short, can … translate into more interest in and participation in national politics.

How have the debates affected the race in the short and long term?

Campbell: This is where we must be cautious: Large claims are made about debates affecting the outcomes of elections, and very often these do not hold up to closer scrutiny. So, it is not at all clear that the Trump/Biden debate really affected the race directly, though the apparent fact that Trump’s debate preparation events were possible vectors for COVID-19 spread has certainly affected our government.

Seyb: The first presidential debate demonstrated that President Trump will continue to violate the norms of political discourse and behavior in ways that, for his supporters, are refreshing, while for his opponents and skeptics are troubling. The debates also suggest that both candidates are focusing their energies on turning out their base voters rather than seeking to persuade undecideds or weak partisans to support them or trying to convert voters affiliated with the opposing party.

How has the pandemic reshaped the election?

Seyb: The pandemic is a factor that we have not encountered in previous presidential campaigns. Voters’ views of the Trump administration’s handling of the pandemic, however, seem, at least thus far, to have been colored by partisanship. The president’s and first lady’s recent contraction of COVID-19 and the spread of the virus through the White House, may sow some doubt in the minds of undecideds and weak partisans as to whether the president has managed the crisis effectively. However, it appears that many voters have already decided whether or not they think that the Trump administration has done all it could to mitigate the effects of the pandemic.

Campbell: It is important to separate how events shape a candidate’s posture in the election versus affecting the election outcome itself. The latter is difficult to discuss until we have good evidence to consult, and that will be more readily available after the election. But the former is interesting regardless. For example, President Trump’s COVID diagnosis is an opportunity for him to portray himself to his base as strong and undefeatable — you see him using it in this fashion already.

Seyb: I am not sure that recent events are changing the presidency. A question that will become more arresting as time goes on is if President Trump, through his reluctance to comply with the norms of presidential behavior established by past presidents has set precedents that will influence future presidents’ behavior. As many political scientists have observed, there are many powers that the president has that past presidents have not used because they thought that to do so would be too destabilizing for the country or generate conflict.

Campbell: In terms of the effect of recent events on the presidency, they fail to register, to me, against the extraordinary changes in the presidency wrought by Donald Trump’s single term in office. Whether one loves Trump or believes that he is a danger to America, all must recognize that the presidency and American politics will be fundamentally changed in his wake.

__
Editor’s note: The professors’ comments have been edited for length.

Gratitude for a semester of accomplishments and hopeful days ahead
The Skidmore College community has come together this semester to maintain a safe campus, allowing the College to successfully offer 12 weeks of fulfilling in-person instruction and move forward with major initiatives for the future.
END_OF_DOCUMENT_TOKEN_TO_BE_REPLACED
Nov 24 2020