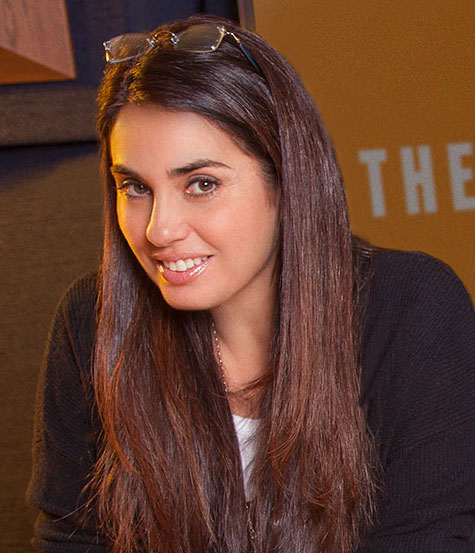 I don't like sitting around talking about gear or plug-ins. For me, mastering engineering is all about listening! It is about making decisions and having confidence in the creative direction that you have chosen. So be a good listener.

Emily Lazar '93 won a Grammy in 2019 for Best Engineered Album, Non-Classical for her engineering work on Beck's "Colors" album. She is the first woman to win in the category.


This wasn't Lazar's first trip to the Grammys. She was nominated in 2014 for the Foo Fighters' "Wasting Light," which was up for Album of the Year, and for Record of the Year for Sia's hit "Chandelier” in 2014. In 2016, she was nominated for Best Engineered Album, Non-Classical for her work on the album "Recreational Love" by American indie pop duo The Bird and the Bee.


Lazar, with over 2,000 albums on her resume, has received not only multiple Grammy nominations, but honors such as the TEC Foundation's Technical Excellence and Creativity award in the "Record/Production Album” category.


Lazar operates from the audio-mastering facility The Lodge in New York, which she established in 1997, serving as founder and president. According to an interview with billboard.com, "There weren't that many mastering studios or mastering engineers at the time” Lazar explained. "Although I had studied and earned degrees and worked really hard to be on top of my technical game, it's not really my focus. I don't like sitting around and talking about gear or plug-ins or settings on gear. I use the whole thing as a more artistic and creative experience.”


Adds Lazar, “I was interested in creating an alternative to the traditional types of mastering facilities that existed. I wanted to provide a welcoming environment where artists, producers and mixers would feel comfortable investigating whatever was necessary to complete their album. I am happy to say that The Lodge has mastered and mixed around 4,000 projects since we opened our doors.”


Lazar earned a B.A. in English with a minor in music at Skidmore. She spent her free time writing music, playing in bands, and worked as a freelance engineer, producer, and mixer.