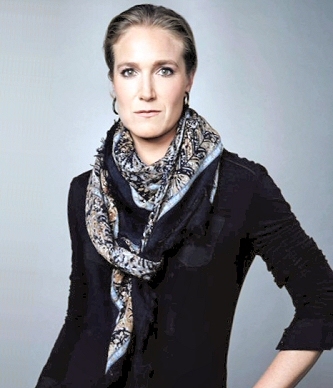 Never take no for an answer. Doors will close in your face, but look for the unconventional route. Don't be afraid to make mistakes; learn from them and move on. Languages made my career. If I did not speak Arabic, I would not have gotten as far as I did or as quickly.

Breaking news: Read Arwa Damons's account of being under fire with Iraqi special forces Nov. 4-5, 2016, as they pushed into ISIS-held Mosul:

Television journalist Arwa Damon '99 grew up in Morocco and Turkey, and went on to study French and international affairs at Skidmore.

She has reported on the Arab world for CNN for more than a decade and is the recipient of the 2014 Courage in Journalism Award from the International Women's Media Foundation. As the senior international correspondent for CNN, Damon is based in Lebanon and has also reported from Iraq, Egypt, and Libya. Among her news and feature reporting, she covered the US invasion and occupation of Iraq, the Iraqi election of 2005, the trial and execution of Saddam Hussein, the Arab Spring uprisings, and the 2012 attack on the US embassy in Benghazi, Libya. She was the first television reporter allowed inside Iraq's Khamiya women's prison, and her coverage of a young Iraqi boy who was brutally burned inspired an international response that helped him get medical treatment in the US.

Before moving to the Mideast, Damon reported from Jakarta, Indonesia, where her work included a special documentary, "Sumatra: Paradise Lost," covering deforestation and other environmental issues.

Here's an essay by Damon about her work in Iraq.