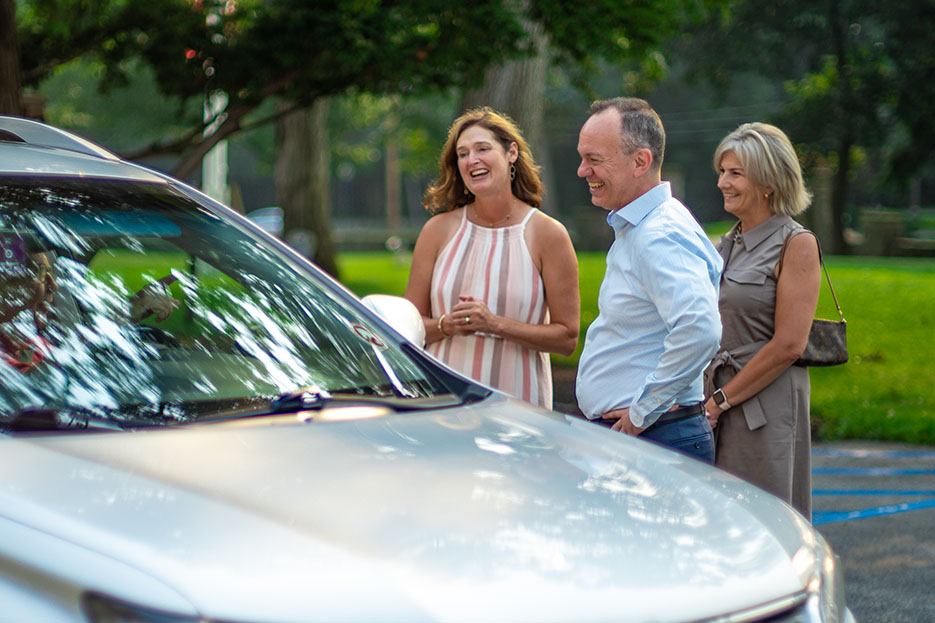 With elaborate picnic baskets prepared by Skidmore College’s Dining Services team, a silent auction, and generous donations, community members offered their support to the Joseph C. and Anne T. Palamountain Scholarship Fund, which benefits Skidmore students who otherwise might not be able to attend the College.

On Tuesday, July 20, supporters of the 42nd Annual Palamountain Benefit picked up gourmet picnic baskets “to go” at a unique drive-through event at the Surrey-Williamson Inn. The baskets were created by Skidmore’s award-winning culinary team and featured delectable treats ranging from a charcuterie board with foie gras and duck galantine to a saffron-aioli, New England lobster roll kit. 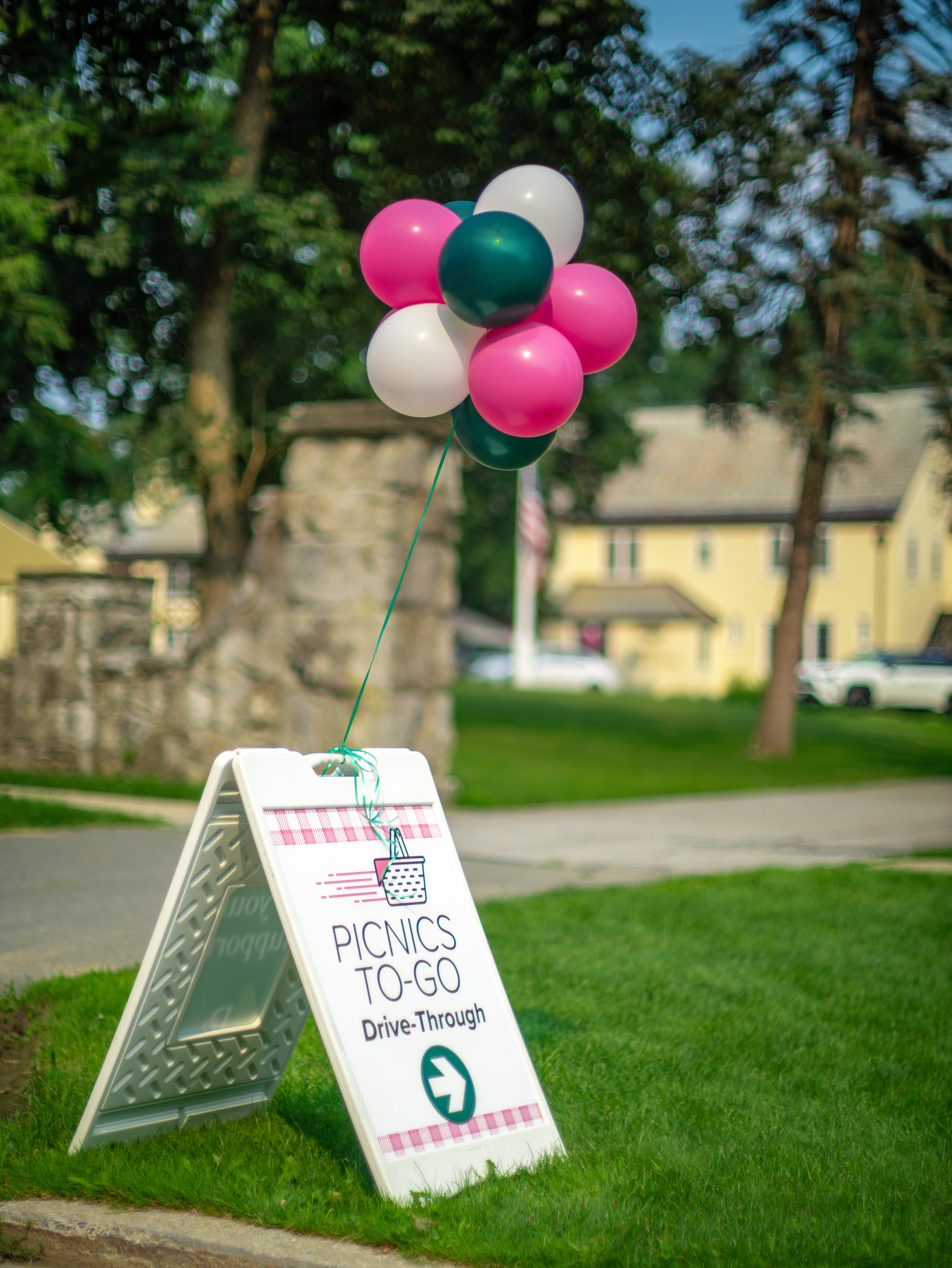 Supporters picked up gourmet picnic baskets at a unique drive-through event at the Surrey-Williamson Inn.

A silent online auction includes items such as a stay at a private villa in St. John, NFL tickets, Skidmore box seats at the Saratoga Race Course, an exclusive tour of the Tang Teaching Museum, and a private dinner with Skidmore President Marc Conner and Barbara Reyes-Conner prepared by Executive Chef Jim Rose. The auction will continue until 5 p.m. on Tuesday, July 27.

Even as the pandemic increased financial strain for her family, German persevered, continuing her education with inspiration from her mother and support from the Skidmore community.

“The scholarship has eased a lot of financial burdens for my family,” she said. "I am thankful every day for the opportunity to accomplish my dreams here at Skidmore." 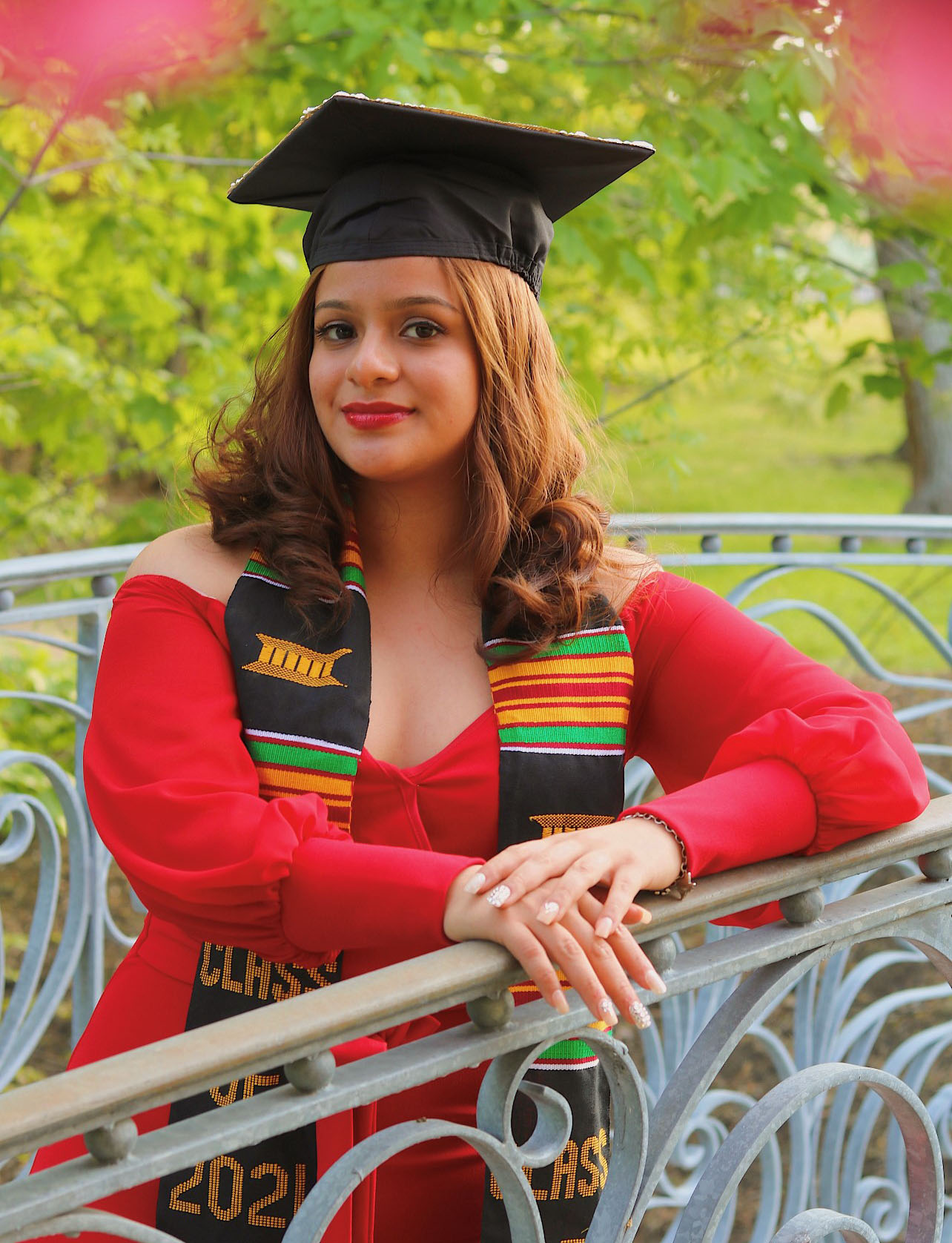 While pursuing a major in health and human physiological sciences with a minor in anthropology, German was active in Raíces, which promotes Latinx culture, and participated in a travel seminar to Guatemala. She plans to attend graduate school to join a forensic program with the goal of working to provide some relief to families who seek justice. 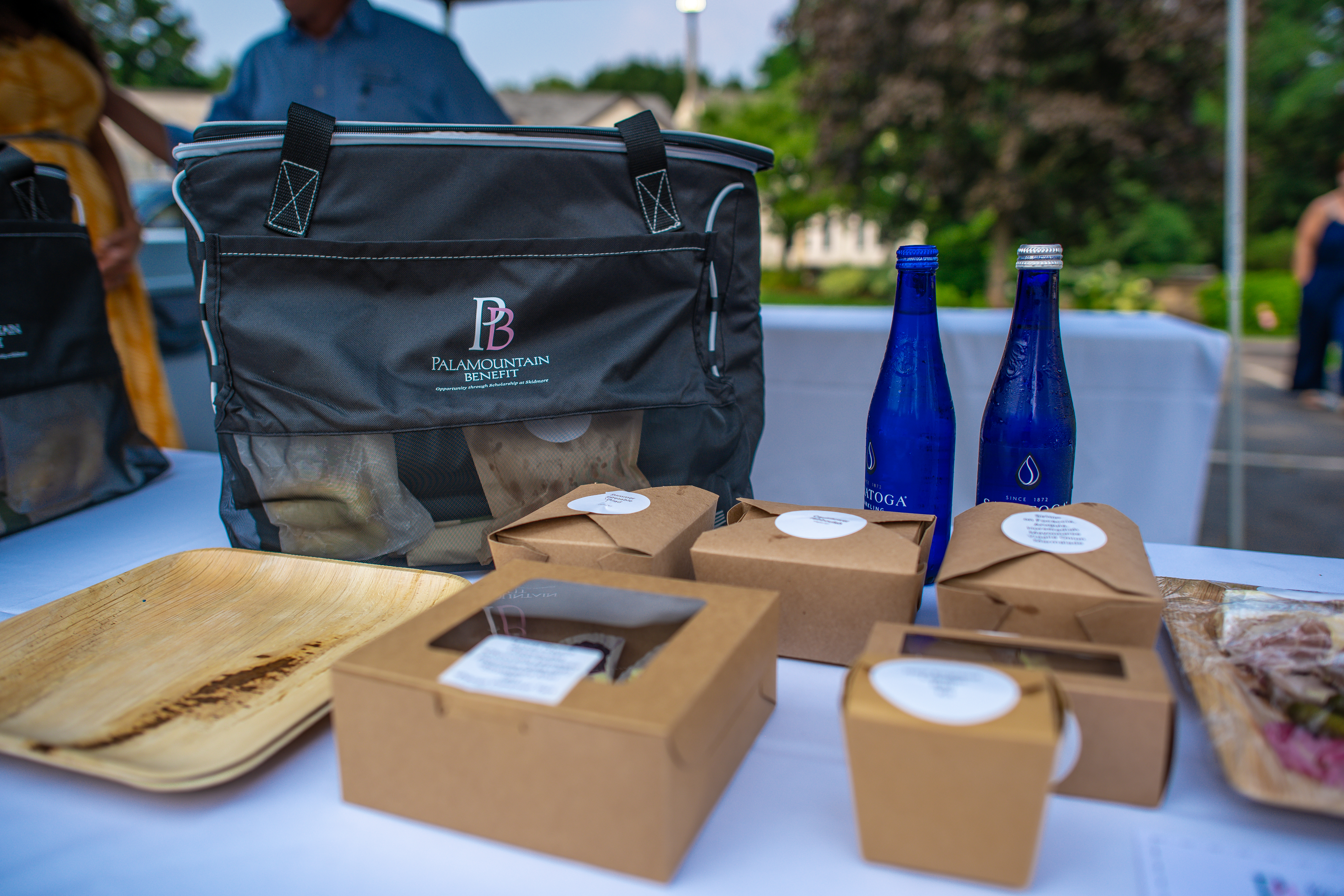 The baskets included treats ranging from a charcuterie board to a New England lobster roll kit.

“Ann Palamountain was certainly a role model to me, and her energy and her desire to provide opportunity to students is contagious," said Tab Orthwein ’91, co-chair of the benefit with Kristin Grosso ’91. "To help carry on the tradition since her passing is something I've felt motivated to do."

The Palamountain Scholarship Fund provides support for students who, because of financial need, might not otherwise be able to attend Skidmore. Aid from the fund is given annually to financially eligible juniors and seniors whose outstanding academic records and cocurricular service exemplify the unique contribution that the Palamountains have made to Skidmore College. 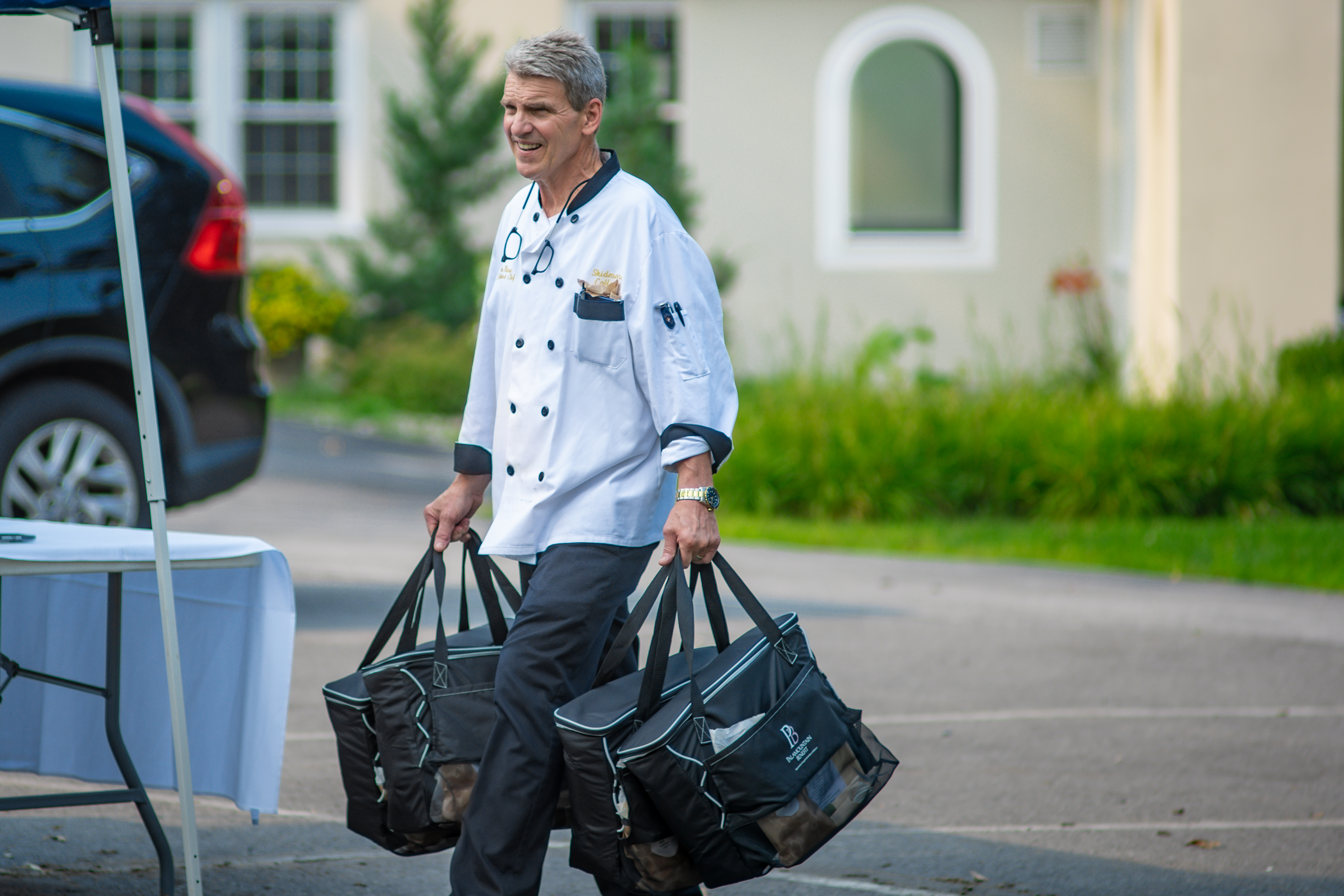 The scholarship benefit was launched by Anne Palamountain in 1979. Seven years later the Palamountain Scholarship Fund was officially established with a gift from Mr. William Murray and the Samuel Freeman Charitable Trust of New York City.

Many thousands of donors have honored the Palamountains by contributing to this endowed fund. 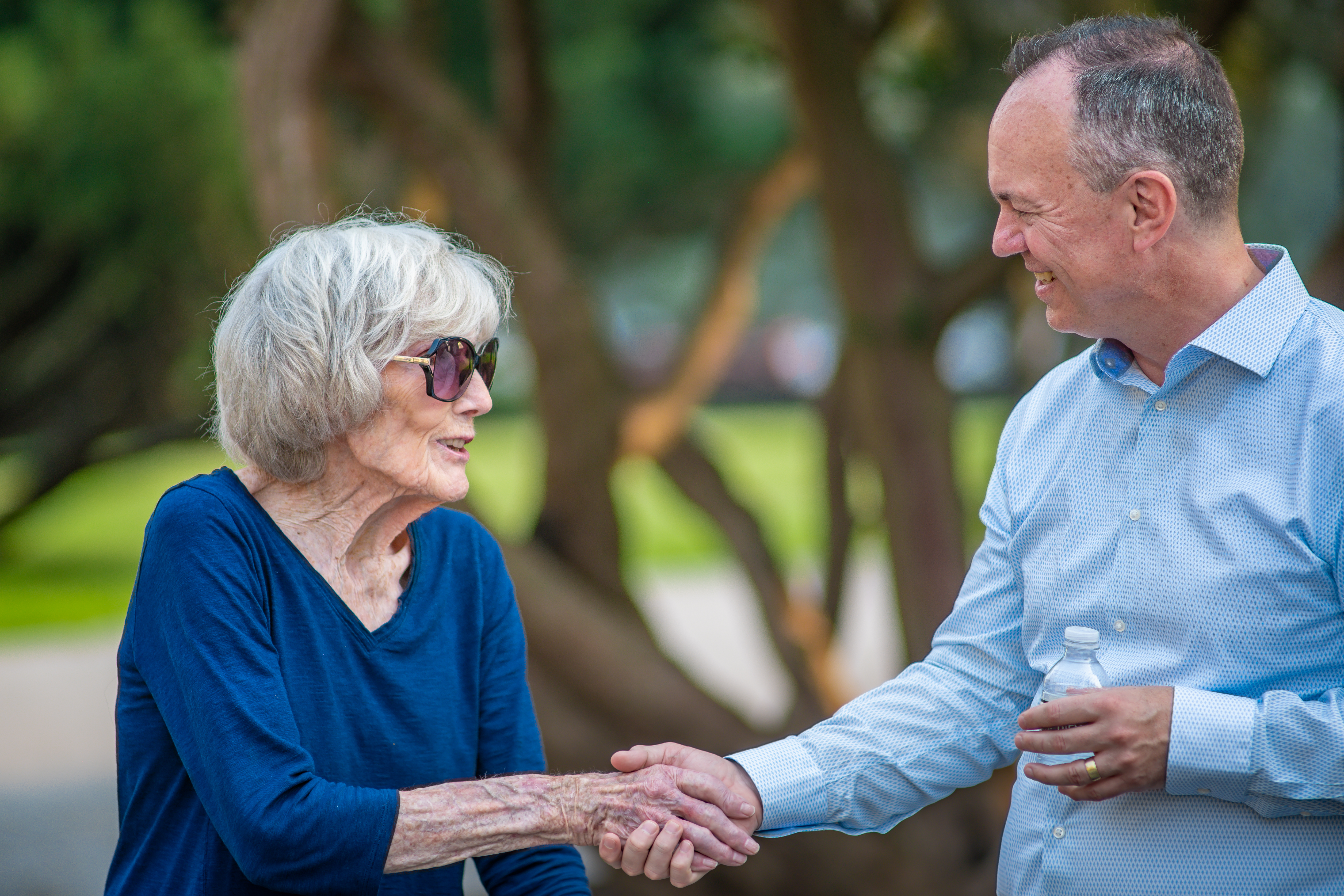 Saratoga resident Laura Chodos was among those to lend support.

Skidmore presents StartUp Skidmore
The Feb. 17-19 workshop and competition — open to all Skidmore students from all majors — will enable participants to fine-tune their business pitches and develop a prototype for their own creative products and ideas.
END_OF_DOCUMENT_TOKEN_TO_BE_REPLACED
Jan 20 2023

Four seasons of Skidmore: 2022 in review
2022 saw the return of many beloved traditions to campus and marked the start of a yearlong celebration of the College’s Centennial, giving us all reason to pause and reflect on Skidmore’s past, present, and future.
END_OF_DOCUMENT_TOKEN_TO_BE_REPLACED
Dec 15 2022
More News