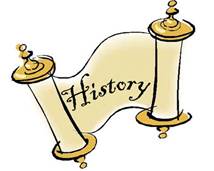 Since January 2014, various staff have been meeting regularly to create a staff group. Together, they have