MDOCS draws from Skidmore's faculty and staff along with documentary practitioners to deliver courses in documentary traditions, theory and methods. Spring 2021 Faculty are listed below... 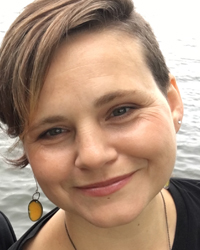 Angela Beallor is a visual artist exploring memory, history, and politics. She was a 2015 BRIC Media Arts Fellow. A Jerome Foundation Travel Grant recipient (2013), she traveled to Lithuania, Belarus, and Russia in relation to her project Pink Lenins. Her video, I Want a Baby! REVisited (Lecture) won first place in the 2017 Sofia Queer Forum video competition. Most recently, she wrote, directed, and starred in M.G. (aka I Want a Baby! Reimagined), an experimental, queer adaptation of Tret'iakov's play I Want a Baby!.  She has been in residence at CCI Fabrika, Moscow; Vermont Studio Center; Habitable Spaces, Kingsbury, TX, and was once a resident-artist at Flux Factory (NY). Her work has been presented at the Museum of Contemporary Art (Cleveland, OH) (2017); Smack Mellon (2016); SPACES (2016); Here Art Space, NY (2014); and, in conjunction with Sharon Hayes, in the Whitney Museum of American Art (2012). She holds a BS in Photo-illustration from Kent State University, an MFA from Bard College-ICP, and a PhD in Electronic Arts from Rensselaer Polytechnic Institute. 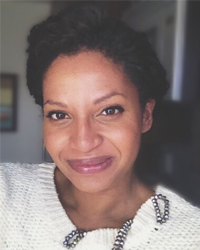 Nyssa Chow is an oral historian, multidisciplinary artist, and writer. Her documentary art practice engages prose, audio, moving images/film, installation, and visual storytelling. She has taught at many institutions including Columbia, Princeton University, Bard College (CCS Bard), and Purchase College. She was a Research Affiliate at MIT Media Labs (Poetic Justice Group led by artist Ekene Ijeoma), a Writer-in-Residence at Fordham University, and is co-director of the NYC Covid-19 Oral History, Narrative, and Memory Project at Columbia University (I.N.C.I.T.E). She is Lead Artist Facilitator for the 2021 DocX Labs at The Center for Documentary Studies (CDS) at Duke University. She was the 2019-2021 Princeton Arts Fellow at the Lewis Center for the Arts and the 2018 Recipient of the PEN/Jean Stein for Literary Oral History. Chow has conducted oral histories on behalf of arts institutions such as the Archives of American Art, Smithsonian Institution, and has lectured widely on the intersection of art and oral history; embodied knowledge and listening; and literary oral history. Born and raised in Trinidad, she is a graduate of Columbia University’s MFA Film program and Columbia University's Oral History Masters Program. 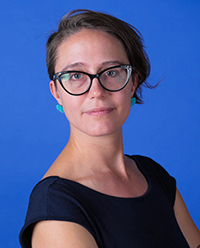 Sarah Ema Friedland received her B.A. from Sarah Lawrence College and the International School of Film and Television in Cuba and her M.F.A. from the Integrated Media Art Program at Hunter College. Her documentary films and installations are concerned with personal stories that reveal larger histories and intricacies about place and society. Friedland’s works with Esy Casey have screened widely in the U.S. and abroad and have been supported by grants from the Jerome Foundation, Paul Newman Foundation, William H. Prusoff Foundation, Princess Grace Foundation, Ford Foundation and Center for Asian American Media. In 2009, after the debut of her feature documentary Thing With No Name, she was named one of the “Top 10 Independent Filmmakers to Watch” by Independent Magazine. She is a recipient of the 2014 Paul Robeson award from the Newark Museum for her feature documentary The Rink, which is slated to air on PBS (WNET/NJTV) in fall 2016. Her recent documentary Jeepney (2015), which she produced with its director Esy Casey, was broadcast on PBS (World Channel). She is currently co-directing the feature documentary Lyd in Exile with Rami Younis. She has received residencies and fellowships from the Center of Contemporary Art in Pont-Aven, LABA House of Study, MacDowell Colony and Meerkat Media. 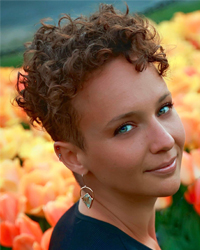 Liv McKee is a writer and dancer who aims to be a chemist for the grand and mundane moments that link our time here. She was ranked 6th poet at the 2020 Women of the World Poetry Slam in Dallas, TX, and has had her performances posted by Write About Now and Button Poetry. She has self published two chapbooks and is featured in the anthology A Wh*re’s Manifesto, edited by Kay Kassirer. She has been commissioned by artists at Skidmore and RPI to contribute to theater and dance projects, and has organized extensively in the Capital Region arts scene with the Arts Center, Nitty Gritty and CapCity Slam, and the private concert series Roof Sessions Troy. She holds a BA in Environmental Studies from Skidmore College. In her spare time she is passionate about gardening, community organizing, rock climbing, and force free dog training. 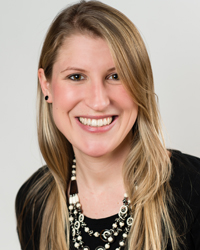 Jesse O'Connell is a documentary filmmaker whose work began at the award-winning Moxie Institute Film Studio + Lab in San Francisco, CA. She was the associate producer and assistant editor on many of Moxie's films, including the Emmy-nominated series The Future Starts Here, and edited on the first films in the Let it Ripple nonprofit short-film series including Free Speech and Engage. She also worked with over 2,000 schools and nonprofit organizations involved in the Let it Ripple project, helping them to customize any of the five films for their outreach purposes. She joined the MDOCS staff in the fall of 2015 after moving back to the east coast. She looks forward to helping students of all disciplines uncover important stories in their studies that allow us to look to the future through the lens and perspective of the past. Inspired by the challenge of highlighting the truth in the complex network of the digital landscape, she continues to explore the power of nonfiction storytelling. She has a BS in video production from Ithaca College's Roy H. Park School of Communications. 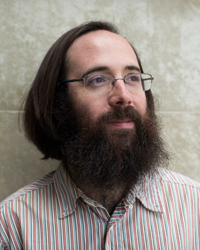 Adam Tinklecreates, teaches and writes about music, sound, media and performance. At the center of Adam's work are strategies for artistic engagement, interactivity and pedagogy that draw on experimental music. In 2010, he co-founded the Universal Language Orchestra, a group of elementary-aged novice musicians that composed, improvised and built their own instruments. He subsequently created several similarly path-breaking arts education programs across San Diego County, where his collaborations with his students and his audience-participatory works were shown at the Birch Aquarium, Museum of Contemporary Art San Diego, San Diego Museum of Art, Old Globe Theatre and Institute of Perception. See full bio. 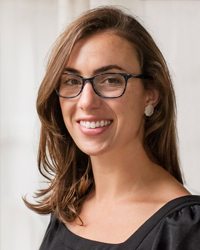 Emily Vallee is a visual artist and photographic educator. Her work explores and challenges the separation and convergence between humankind and the natural word. Emily’s most recent exhibitions include Uncovered at the Arts Center Gallery (Saratoga Springs, NY), Dust Collective & Cold Season at Aviary Gallery (Boston, MA), and The Telephone Booth Exhibit, Anderson Ranch Arts Center (Snowmass, CO). In 2017 she was shortlisted for the Royal PhotographicSociety’s International Photographic Exhibition in London, England. Emily has been featured in various publications such as Phases Magazine, Mubridge’s Horse, Booooom and Don’t Take Pictures. Emily released her most recent body of work Years With Wings at the Boston Art Book Fair in 2019, an ongoing project influenced by the publication of the 2019 Audubon Study: Survival By Degrees. She received her MFA in Photography from the Massachusetts College of Art and Design and her BFA in Studio Art from the University of Vermont. 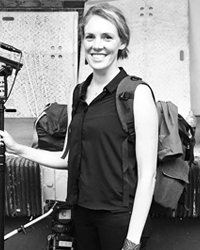 Nicole Van Slyke is a Digital Artist who specializes in Documentary Production and has experience in studio, classroom and community environments. She has an MA in Teaching and Learning through Documentary from Rhode Island School of Design and is a graduate of RPI '07. She has taught at the high school and collegiate level throughout New England. Currently living in Troy, NY, Nicole has worked as a Producer/Editor at WMHT-PBS since June 2015 where she specializes in creating unique and moving productions. Some of her local productions include "The Dragon Lives Here", "Behind the Lights", "Kennedy of Albany", "The Field Trip Series" and more. Her work focuses on sharing stories of community and developing content that creates strong messaging.