Institute fellows are practicing documentarians in any of the documentary arts—audio, video, still photography, multimedia, spoken or written word. We are looking for creative and collaborative souls who will invest time and energy into bringing their own visions to fruition in a lively summer context, and who are committed to sharing their passions in documentary with the next generation of practitioners. 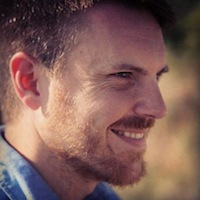 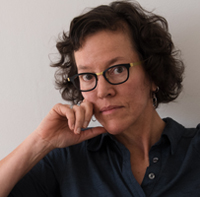 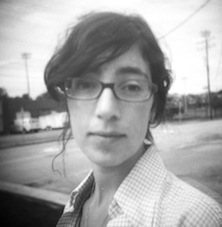 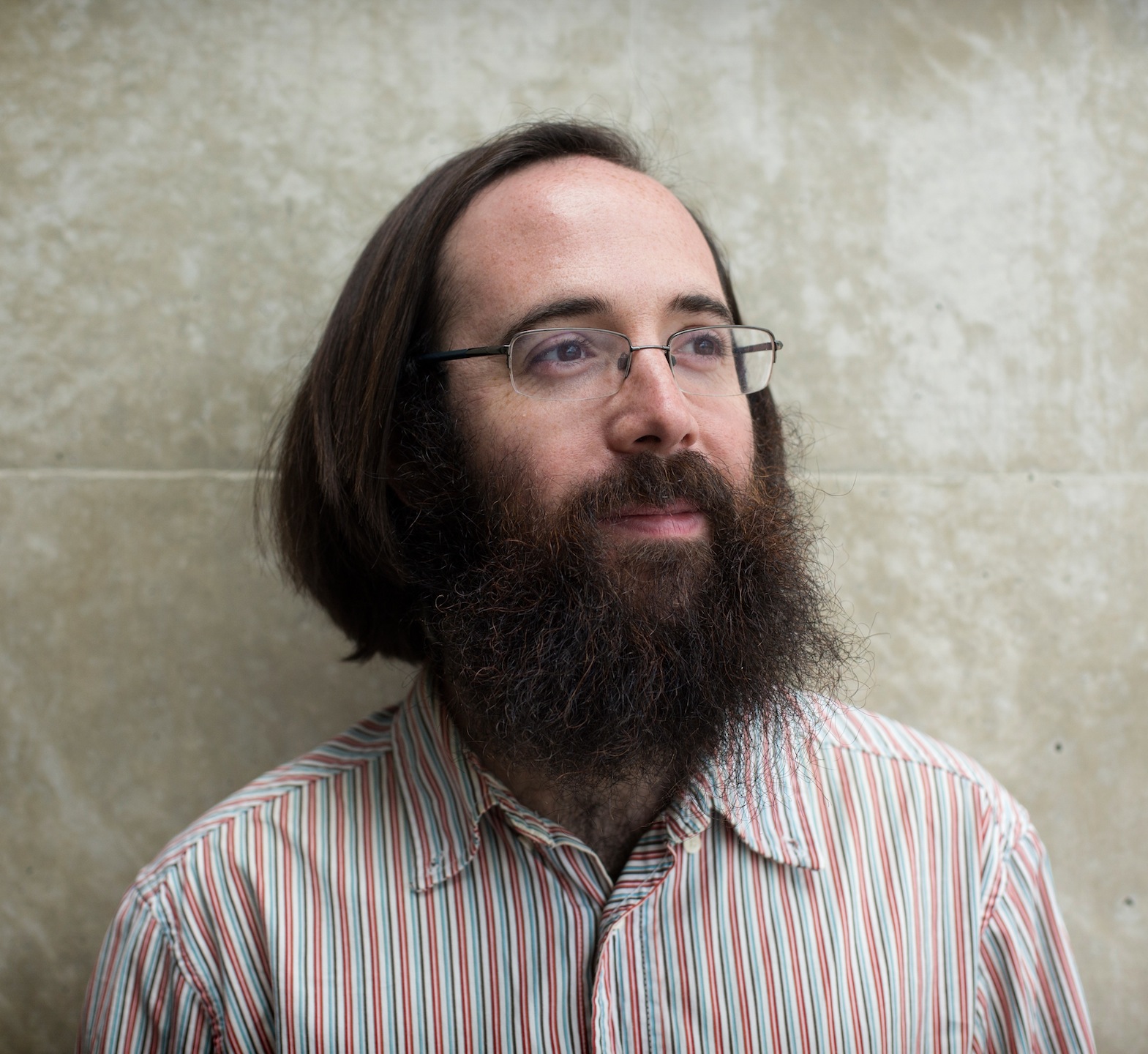 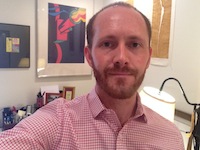 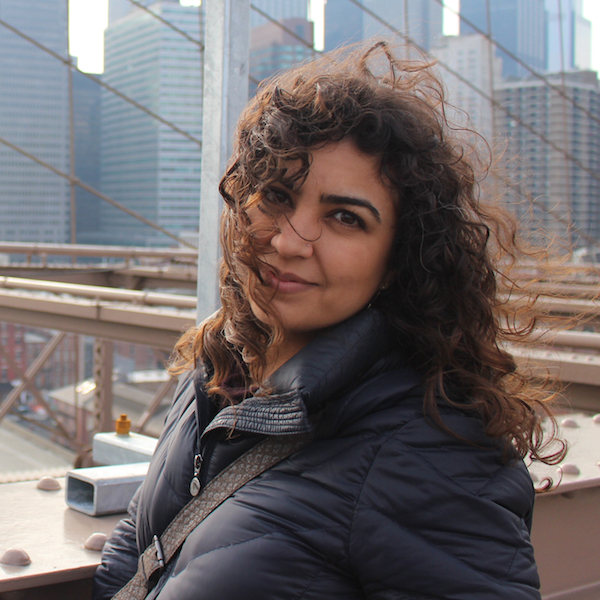 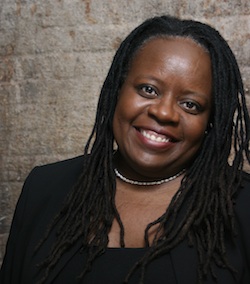 Senior Fellow Yvonne Welbon has produced and distributed more than 20 films, including Living With Pride: Ruth Ellis @100, winner of 10 best documentary awards, and Sisters in Cinema, a documentary on the history of black women feature film directors. Her films have screened on PBS, Starz/Encore, TV-ONE, IFC, Bravo, the Sundance Channel, BET, HBO and in more than 100 film festivals around the world. Her current projects include The New Black, an award-winning documentary directed by Yoruba Richen that captures the complex intersection between faith, racial justice and LGBT rights, and Sisters in the Life, a trans-media project exploring the history of out African-American lesbian media-making. Welbon received a B.A. from Vassar College, an M.F.A from the School of the Art Institute of Chicago and a Ph.D. from Northwestern University. She is also a graduate of the American Film Institute's Directing Workshop for Women.

Carolyn Macartney works in photography and film and hybrids thereof. She made her first film with a Double 8mm film camera that she found in her granny's attic to accompany her original electronic music composition. She included in this film B&W still photographs that she printed out (by hand in the darkroom) and then animated. The raw, provocative, fallible side of humanity is what interests her most. Macartney's films have won awards at Ann Arbor Film Festival, Onion City Film Festival, Houston Worldfest and other juried screenings and have enjoyed success in screenings and festivals around the world. She has 14 years of professional experience as a director of photography, having shot four feature-length narrative films as well as numerous music videos, commercials, short films and documentaries. Macartney's award-winning still photography has been published and exhibited in the U.S. and Europe. Among other honors, Macartney has received an award for music composition, a DAAD scholarship to study painting at the Hochscule der Künste in Berlin, Germany, and a Kodak Faculty Scholars Award. Macartney has lived in five different countries and in as many states within America. She received her B.A. in art from Smith College and her M.F.A. in filmmaking from the School of the Art Institute of Chicago.
cmacpictures.com
wandathewonderful.com

Jonna McKone is a radio producer, documentarian and artist. As a journalist, she has worked on stories ranging from efforts in eastern Kentucky to put former coal mines to economic use to the intersection of youth graffiti culture and galleries in Washington, D.C. Her work has been funded by the Marguerite Casey Foundation, the Journalism Center on Children and Families and the Institute of Museum and Library Services. Her art practice examines concepts of distance—geographic, economic, and temporal—approached through ethnography, archival research, walking, installation, and nonfiction filmmaking. She seeks to unravel the nature of memory, labor, gesture and the icons of everyday life. She is currently at work on a personal film that explores the relationships between memory, artifact, and her own familial history. McKone is a graduate of Bowdoin College and recently received her M.F.A. from Duke University.
jonnamckone.com

Roberts is a filmmaker and educator based in Austin, Texas. He received his M.F.A. in film production from the University of Texas in Austin in 2014 and is the writer/director of award-winning short films (33 Teeth, Yeah, Kowalski!) that have screened internationally. His short documentary Arvind was the recipient of an Austin Film Society grant. Roberts is the founder of Audio Heirlooms, an oral history production company, and facilitates screenwriting workshops on adapting life stories into fiction films.

Christopher Moore is a documentary filmmaker with Sol Productions, where he has written and directed four feature-length films. His work has screened at major international film festivals such as Boston and Sarasota; at other venues including the Bronx Museum of the Arts, the Woodrow Wilson Center for International Scholars and the Smithsonian Museum of African Art; and at more than 120 colleges and universities on four continents. In 2008 he and his co-directors received the Media that Matters award from Al Gore's Current TV for their online series Democracy in Dakar. Currently Moore is a doctoral candidate in history at Indiana University, where he is writing a dissertation on ethics and the "politics of presence" in Argentine documentary practice. Last year he was a research fellow with the Smithsonian's Human Studies Film Archives, in Washington, D.C. This summer, in addition to teaching a course on documentary film at Skidmore, Moore will also serve as a predoctoral fellow with the University of Illinois's Humanities Without Walls initiative.
Nicky Tavares is a multimedia artist whose work spans from documentary to 16mm film to installation and sculpture. Her artistic research investigates the ways in which new and emerging technologies shape identity and the presentation of the self, particularly in relation to the American immigrant experience. A former photojournalist and portrait photographer, Tavares was first drawn to moving image as a documentary filmmaker, gradually becoming more interested in exploring ways to challenge and redefine the documentary genre to accommodate subjectivity and life in an increasingly digital age. Tavares's work has been shown nationally and internationally in screening room and gallery contexts including New Directors/New Films (the Museum of Modern Art, New York and Lincoln Center), the Institute for Contemporary Art/Boston, TIE: The International Experimental Cinema Exposition, IMPAKT, the Dallas Medianale, the Balagan Experimental Film Series and the Hudson D. Walker Gallery. Among other honors, Tavares was awarded an Iqbal fellowship at the Iqbal International Institute for Research and Dialogue in Pakistan, where she conducted research on early Pakistani rock music and taught courses in documentary production at the International Islamic University, Islamabad. She has received two LEF Moving Image Fund grants, a Massachusetts Cultural Council grant and an Austin Film Society grant. She was a cinematographer for the PBS series Arab American Stories and most recently a visual arts fellow at the Fine Arts Work Center in Provincetown, Massachusetts. She has an M.F.A. in film and video from Massachusetts College of Art and Design and a B.A. in photocommunications from Saint Edward's University. Currently Tavares is directing Son of a Bug, a documentary in production that explores early rock music in Pakistan.
Adam Tinkle creates, teaches and writes about music, sound, media and performance. Before moving to Skidmore in 2014, he was a founding broadcaster on KNSJ 89.1 FM, San Diego's first community radio station, where he led community workshops on radio-making and produced a weekly crowdsourced music and documentary program. His award-winning solo performance A Mess of Things merges radio documentary with songs and video art. His upcoming projects include a sound design for Marina Abramovic's installation at the 2015 Venice Biennale. At the center of Tinkle's work are strategies for artistic engagement, interactivity and pedagogy that draw on experimental music. In 2010, he cofounded the Universal Language Orchestra, a group of elementary-aged novice musicians who composed and improvised scores and built their own instruments. He subsequently created several similarly pathbreaking arts education programs across San Diego County, where his collaborations with his students and his audience-participatory works were shown at the Birch Aquarium, Museum of Contemporary Art San Diego, San Diego Museum of Art, Old Globe Theatre and the Institute of Perception. In May 2014 his interactive sound sculpture Shantytown Scrapblaster was permanently installed at the Media Arts Center San Diego. For more: www.adamtinkle.com.