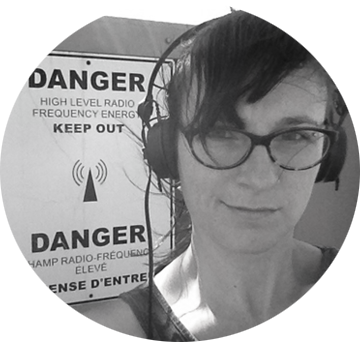 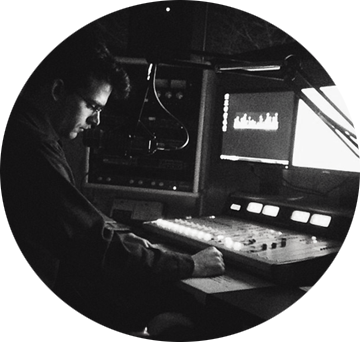 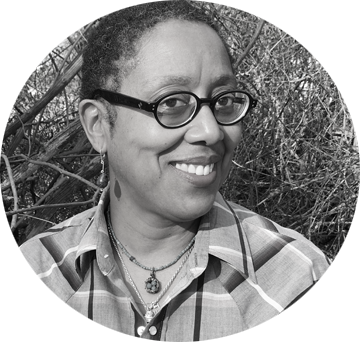 “Remember that we are telling someone else’s story, not our own.” — Allie Light - See more at: http://www.scriptmag.com/features/susan-kouguell-interviews-academy-award-winning-documentary-filmmaker-allie-light#sthash.KhYQkdY5.dpuf

AGGIE BAZAZ is an award-winning, Iranian-American documentary filmmaker and educator with interests in diasporic identity, feminism and the interchange of form and content in documentary engagements. As such, Aggie’s works borrow from a variety of storytelling traditions.

In 2011 she was creative lead for a team that created Love Philly Food, a Comcast-funded web series on Philadelphia’s world-class food culture. Her documentary short Inheritance (2012), integrates poetic and observational documentary modes to investigate the personal implications of political tremors. Inheritance earned the Loni Ding Award for Social Issue Documentary at CAAMFest and the Best Short Film award at Indie Grits Film Festival.

In 2013, Bazaz was one of seven Iranian filmmakers invited by the Iran Heritage Foundation to write and direct one segment of a multi-vocal documentary about the first-ever U.S. tour of the Cylinder of Cyrus the Great. Bazaz was named a 2016 BAVC national mediamaker fellow to support the production of a feature-length documentary she is directing about the lives of migrant agricultural laborers. Bazaz is also producing a multimedia project about family homes built around the world through remittance, Mi Casa My Home.

Bazaz holds an M.F.A. in film and media arts from Temple University and a master’s degree in multicultural literature and women’s studies from the University of Georgia, where she served as researcher for the nationally recognized project The Civil Rights Digital Library Initiative. Bazaz serves as assistant professor of film production at Muhlenberg College.

Every year, in towns and villages across Iran, Shi’ite Muslims mourn the martyrdom of the Imam Hussein with what are called ta'ziyeh plays. These plays reenact and recollect the fateful battle between the small army of Hussein and the Sunni caliph, Yazid. In the Shi’ite worldview, leadership of Islam is to be determined through inheritance, while Sunni Muslims believe in leadership through election. Over several days, the legend goes, Hussein’s small army was denied access to water supplies and eventually—due to weakness and fatigue—massacred.

Bazaz is exploring the parallels between the mythology of Hussein’s experience in the desert and the reality many Latin American migrants face as they cross the U,S.-Mexico border through the treacherous and often fatal Sonoran desert. She hopes to use the time, creative community and resources of the Storytellers’ Institute to conduct research, build connections and develop a script and timeline for a documentary-fiction hybrid that would recount and dramatize this ongoing desert migration.

AMANDA DAWN CHRISTIE is an interdisciplinary artist working in film, video, performance, photography and electroacoustic sound design. She has exhibited and performed in art galleries across Canada, and her films have screened internationally from Cannes to Korea to San Francisco and beyond.

She was the 2014 Atlantic finalist for the National Media Art Prize and recently had a 10-year retrospective exhibition of her work, curated by Mireille Bourgeois, at the Galerie d’art Louise et Reuben Cohen. She was also included in the Marion McCain Biennale of Atlantic Contemporary Art, curated by Corinna Ghaznavi. Since 1997, she has been actively involved with artist-run centers, in both volunteer and staff positions, serving on various boards, working as both a technician and later as a director, teaching workshops, publishing articles and serving on juries across Canada.

She completed her M.F.A. at the SFU School for the Contemporary Arts in Vancouver, Canada, before moving to Amsterdam. Upon her return to Canada she worked at the Faucet Media Arts Centre & Struts Gallery. She later worked as the director of the Galerie Sans Nom and the RE:FLUX festival of music. She now works full-time as an artist with the support of a new media creation grant from the Canada Council for the Arts and Arts NB. Concepts and themes explored in her work focus primarily on the relationship between the human body and analog technology in a digital age. Her current project, Requiem for Radio, is a multidisciplinary work using audio, video, interactive programming, theremins, sculpture, text and performance to pay homage to the recently demolished Radio Canada International shortwave transmission site.

Find out more about Christie's work at www.amandadawnchristie.ca.

Christie is working on a project called Requiem for Radio, a body of interactive works based on the disappearance of shortwave radio transmissions and the RCI shortwave site in Sackville, New Brunswick. For more than 67 years, the Radio Canada International (RCI) shortwave site broadcast all over the world. In 2012 budget cuts necessitated the decommissioning of the site.

She has been working on projects related to this site since 2008 and has documented its dismantling. This suite of five distinct works seeks to honor, question and engage with the traces and memories of this site. All of her projects surrounding the RCI radio towers have been a mix of fact and fiction, as she places rural mythology alongside historical fact without differentiating between the two.

JAKE NUSSBAUM is a Brooklyn-based multidisciplinary artist. His work uses the research-based practices of anthropology and documentary in tandem with the imaginary world of the creative arts. His recent public projects include Radyo Shak, a temporary multilingual pirate community radio station in Port-Au-Prince, Haiti; Field Guide, a solo exhibition of sculpture, archive and an interactive trail at the Vermont Studio Center; and Expandable Sound, a long-form audio documentary series on improvising musicians.

A graduate of Wesleyan University, he is the recipient of a 2015 Grand Jury Prize at the Ghetto Biennale in Port-au-Prince, Haiti, and of artist residencies at the Vermont Studio Center and the Newspace Center for Photography. His work has been exhibited at the Feinberg Gallery, Window at 125 and Pioneer Works in New York City and at the Vermont Studio Center and Studio Place Arts in Vermont. In addition to being a contributor to Intercourse magazine, he is the station manager of Clocktower Radio in New York City.

Find out more about:

The Sanford-Johnson Trail project began in the wake of the shooting of Trayvon Martin by George Zimmerman in 2013. The story became national news, raising questions of race, personal security, stand-your-ground laws and gun rights. In the fervor surrounding these questions, Nussbaum found it difficult to grasp a sense of “truth” and felt unable to gain more insight from the media.

The trail is a scale recreation in Johnson, Vermont, of Trayvon Martin's path the night he was killed, based on crime scene evidence. The parameters of this walk offered a physical frame for movement, meditation, reflection and sensitivity that listening, reading or watching the news does not. Nussbaum walked the trail every week for a year, amassing a large personal archive of notes, objects, research and photographs that forms the basis for the multimedia book and exhibition he will be working on this summer.

COURTNEY REID-EATON has been the exhibitions director at the Center for Documentary Studies at Duke University since 2001, overseeing the selection, scheduling, curating, design and installation of exhibits in all of the center’s galleries and organizing related public programs. Her journey to CDS took her through studies in theater, work in magazine production, a nonprofit community gallery, a documentary photography collective and a Montessori school, topped off by a transformative concentration at the Penland School of Crafts in the mountains of North Carolina.

Reid-Eaton works most effectively interpersonally. She enthusiastically receives and shares stories and ideas. A native New Yorker, she is sometimes more direct than is culturally appropriate in other environs, and tries to make up for that brusqueness with grace and courtesy, care and respect. Her passion for documentary expression has sharpened her interest in empathy, equity, trust, and healing. In personal work, she has used text and images of family and friends to explore labels, identity, history, culture and intimacy.

Her spouse and children give her something to fight for every day and something to be grateful for every moment. She loves to cook and built a labyrinth in her front yard with green glass bottles, which led her to a deep enjoyment of plants and birds.

A visual artist whose work ranges from photography to artist’s books and assemblage, she has exhibited in New York, New Jersey and North Carolina. Her work is held in various private collections and in the Sallie Bingham Center for Women’s History and Culture at the Daviid M. Rubenstein Rare Books, Manuscripts and Special Collections Library at Duke University.

Find out more about Reid-Eaton's work at CDS at documentarystudies.duke.edu/exhibits.

Many families of immigrants, especially those of the African diaspora (who can’t trace their families back for many generations) don’t know their histories. When Reid-Eaton’s grandfather died she became the keeper of the family archive; photographs, letters, poems, a few Super 8 films and a cassette tape onto which her grandfather had begun to cast his last ramblings.

Her family’s undocumented oral histories include her grandfather’s migration from his homeland, St. Kitts to NYC as a teenage merchant marine ship stowaway; her maternal great grandfather’s disputed end; and her own, richly charactered early '60s Harlem childhood. All of the parts of these stories will be the basis for a multimedia project incorporating film, video, audio, narrative writing/poetry, photography and performance.