"I had a strict 'zero-tolerance' policy for academics," deadpans David Miner '91, by way of explaining his ability to manage so many activities while at Skidmore – acting in Theater Department productions, singing with the Bandersnatchers, and founding both the Ad-Liberal Artists improv group and the National College Comedy Festival.

OK, he's kidding about the academics. This is, after all, a man for whom humor is a way of life. Says Miner, "My career goals were always reduced to a list of one: to work in comedy." The real reason he could spend so much time onstage and backstage? His girlfriend, now wife, Jennifer Weis Miner '89, graduated at the end of his sophomore year. From then on, he says, "I had no social life."

Social time must be even harder to come by now that Miner is a partner at 3 Arts Entertainment in Beverly Hills.

"I know it sounds glamorous," Miner said, "but I was working on set until 1 a.m. most of this past week, up the next mornings at 6:30 so I can give the kids breakfast and ship them off to school or else I would not see them at all during production week. I'm very fortunate to have a supportive family, as I feel like I'm always on a plane or out late."

3 Arts productions include "The Office" (NBC), "Everybody Hates Chris" (CW), "King of the Hill" (Fox), and NBC's critically acclaimed "30 Rock," for which Miner is executive producer.

Miner's other credits include MTV's upcoming "Human Giant," "The Tracy Morgan Show" (NBC), "Greetings From Tucson" (WB), and the features "Totally Awesome" for VH1/Paramount and "I Want Someone to Eat Cheese With" for IFC/The Weinstein Co., due in fall 2007. He is also currently in production on the ABC comedy pilot "Carpoolers."

The native New Yorker hit the stage running in his freshman year at Skidmore, cast simultaneously with a lead role in "Say Goodnight Gracie" and a bit part in "Light up the Sky," the inaugural production in the new Janet Kinghorn Bernhard Theater. "To begin at Skidmore the same year as the JKB opened," Miner recalls, "made me feel part of a new generation – like there were no boundaries."

That feeling set him up for what he considers his two biggest roles at Skidmore: founding the college's first comedy group (the Ad-Liberals) and the National College Comedy Festival. The first festival in 1990, Miner recalls, "was truly remarkable. Seeing 120 students show up from across the nation was amazing. I realized then that producing, for me, was more satisfying than performing."

He got his chance right out of college, when Tony Award-winning Broadway producer Nelle Nugent '60 hired him as a comedy developer for projects including a live National Lampoon show. Next he produced comedy off-Broadway with NYC's Chicago City Limits. But with a strong desire to work in television, says Miner, it was just a matter of time "before I found my way to Los Angeles."

Miner did a two-year apprenticeship at International Creative Management in Los Angeles, answering the phones and learning the ropes, then joined 3 Arts as an assistant in 1995. He was named partner in 2006, having established a reputation for spotting emerging comedy and theater artists and helping them develop into successful TV and film writers and performers. Miner manages Saturday Night Live alumni Tracy Morgan and Tina Fey, both of whom star in "30 Rock."

Working as both a manager and producer, says Miner, "means being given the responsibility of protecting an artist's vision while shepherding him or her through the Hollywood system – to help align them with collaborators that enhance their vision and not let them get derailed."

"All the brilliance of a show like '30 Rock' is due to its creator, Tina Fey," says Miner. "There is an artist's vision at the center that must be continually advocated for."

The notion of the production as a collaborative art form, Miner recalls, was something he learned as a theater major at Skidmore. He also counts as invaluable the business courses he took here ("I remember my BU107 presentation – on Wal-Mart – like it was yesterday," he says.) Add to that his experience as both performer and comedy entrepreneur, and the backdrop to his successful production career is nearly complete.

Then there are the intangibles: the gut feelings, the ability to spot opportunities others don't see, the creative thinking ("I have to say I love 'Creative Thought Matters'," says Miner of Skidmore's positioning statement), and the drive to make something happen. Miner's new venture, "Human Giant," a weekly sketch comedy show for MTV with intentional appeal to the cell phone and iPod crowd, is a pretty good indication that he still feels that sense of "no boundaries" and of being part of a new generation that he felt at Skidmore. 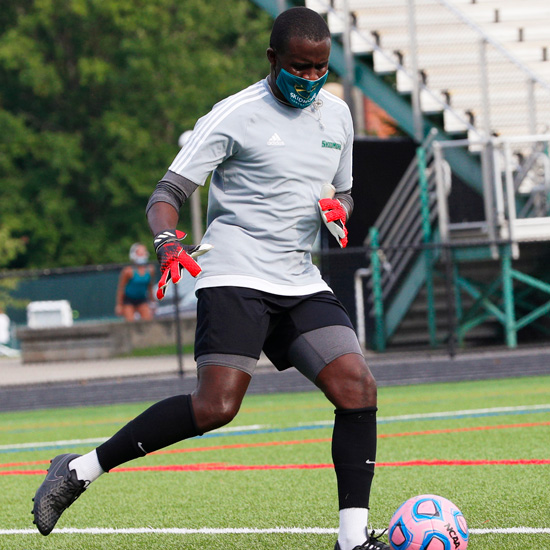 On top of the game at Skidmore
Although the COVID-19 pandemic has forced the cancellation of Liberty League competition this fall, student-athletes and all Skidmore students continue to enjoy lots of opportunities to stay active this semester.
END_OF_DOCUMENT_TOKEN_TO_BE_REPLACED
Sep 23 2020 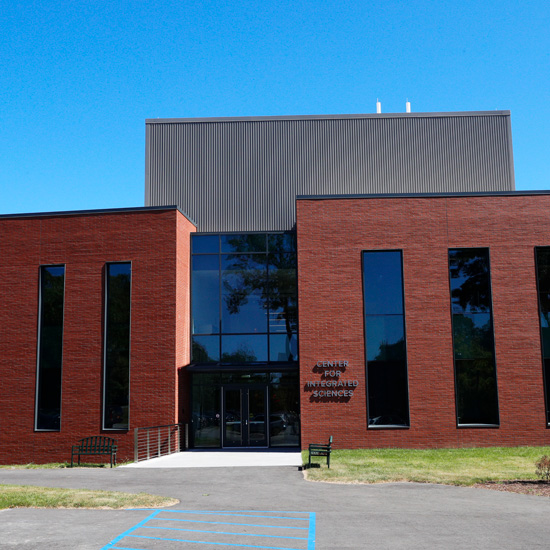 Skidmore's state-of-the-art science center opens its doors
The first phase of Skidmore’s Center for Integrated Sciences (CIS), the largest single academic initiative in College history, has been completed and is open for the fall semester.
END_OF_DOCUMENT_TOKEN_TO_BE_REPLACED
Sep 23 2020 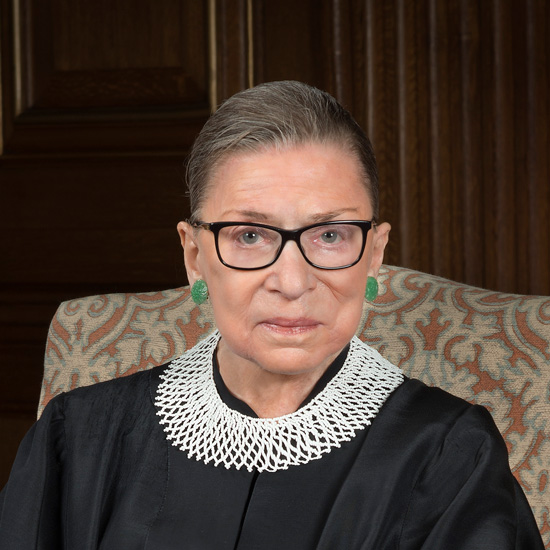