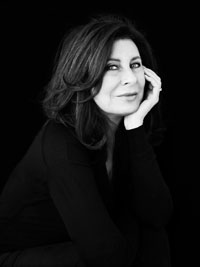 Paula Wagner, a pioneer in the film and entertainment industry, will discuss “Entrepreneurship and Entertainment” when she gives the F. William Harder Lecture at Skidmore this spring.

Free and open to the public, the event is scheduled at 6 p.m. Friday, April 5, in Gannett Auditorium, Palamountain Hall. A reception will follow in the Class of 1967 Lobby of the Palamountain/Dana complex.

Wagner is an entertainment industry entrepreneur.  She began her career as an actress, performing on and off Broadway.  She went on to become one of the top talent agents at Creative Artists, representing stars such as Tom Cruise, Sean Penn, Oliver Stone, Val Kilmer, Demi Moore, Liam Neeson, Robert Towne, and Kathryn Bigelow.

She then founded Cruise/Wagner Productions, with Cruise, and for the next 13 years produced a number of films, including the Mission: Impossible trilogy and Steven Spielberg’s War of the Worlds. During Wagner’s tenure as CEO of Cruise/Wagner Films, the company produced films that earned more than $3 billion in worldwide box-office receipts.

Among her many honors are the Chicago Film Festival’s Renaissance Award (2011), the Swarovski President’s Award from the Costume Designers Guild (2008), and the Sherry Lansing Award from Big Brothers-Big Sisters (2006). In 2007 she and her husband, Rick Nicita, received the ACLU Bill of Rights Award for championing numerous film projects that highlight civil rights and civil liberties issues.

Wagner is a graduate of Carnegie Mellon University’s School of Drama, and is an adjunct faculty member in its graduate program in entertainment management. She has taught at the University of California, Los Angeles, and Loyola Marymount, and has lectured at the University of Southern California. She is the mother of Jesse and Zachary. Zachary graduated from Skidmore in 2010 and is currently touring with his band MS MR in Europe.

Skidmore’s annual F. William Harder Lecture in Business Administration was inaugurated in 1985 through the generosity of F. William Harder, a Skidmore parent who served as trustee from 1968 to 1980. The lecture brings together students and faculty with industry leaders to explore the current business environment and upcoming challenges.

A front-row seat to history in London
Skidmore London First-Year Experience students find themselves at the center of a remarkable moment in history following the death of Queen Elizabeth II and accession of King Charles III.
END_OF_DOCUMENT_TOKEN_TO_BE_REPLACED
Sep 16 2022

The start of a new century
Skidmore College is marking its College Centennial with a yearlong celebration of its history and reflections on the journey ahead.
END_OF_DOCUMENT_TOKEN_TO_BE_REPLACED
Sep 14 2022