Missouri-born Amber Wiley knows what makes a particular place stand out. An assistant professor of American studies, Wiley is an award-winning architectural and urban historian. She was raised in Oklahoma City but has lived in Maryland, Louisiana, Connecticut, Virginia, and Washington, D.C., and over the course of a year she travelled to seven different countries. It’s her business to know places.

This semester, Wiley is busy teaching three courses. Her introductory course, “American Cultural Geographies,” asks students to answer the question: Has the US become so homogenized that you can’t tell the difference between one place and another? The answer is a resounding no. Examining characteristics such as architecture, music, food, religion, sports, and language, students delve into the differences that define regions of the United States. Students in this writing-intensive course are currently penning essays on a place they have been and their experiences there.

Wiley has taught her 200-level course “African American Experience” two different years at Skidmore. And she’s changed it up each time. “There is no such thing as the African-American experience,” she says. “How do you talk about it? Different people have different experiences.” But, being a place person, Wiley frames the course around the Great Migration. Students delve into The Warmth of Other Suns, a book that follows the story of three migrants who move from the south and the impact it had on America—for example, the difference between migrants, immigrants, and refugees, and what happens when all three land in one city, such as Chicago. 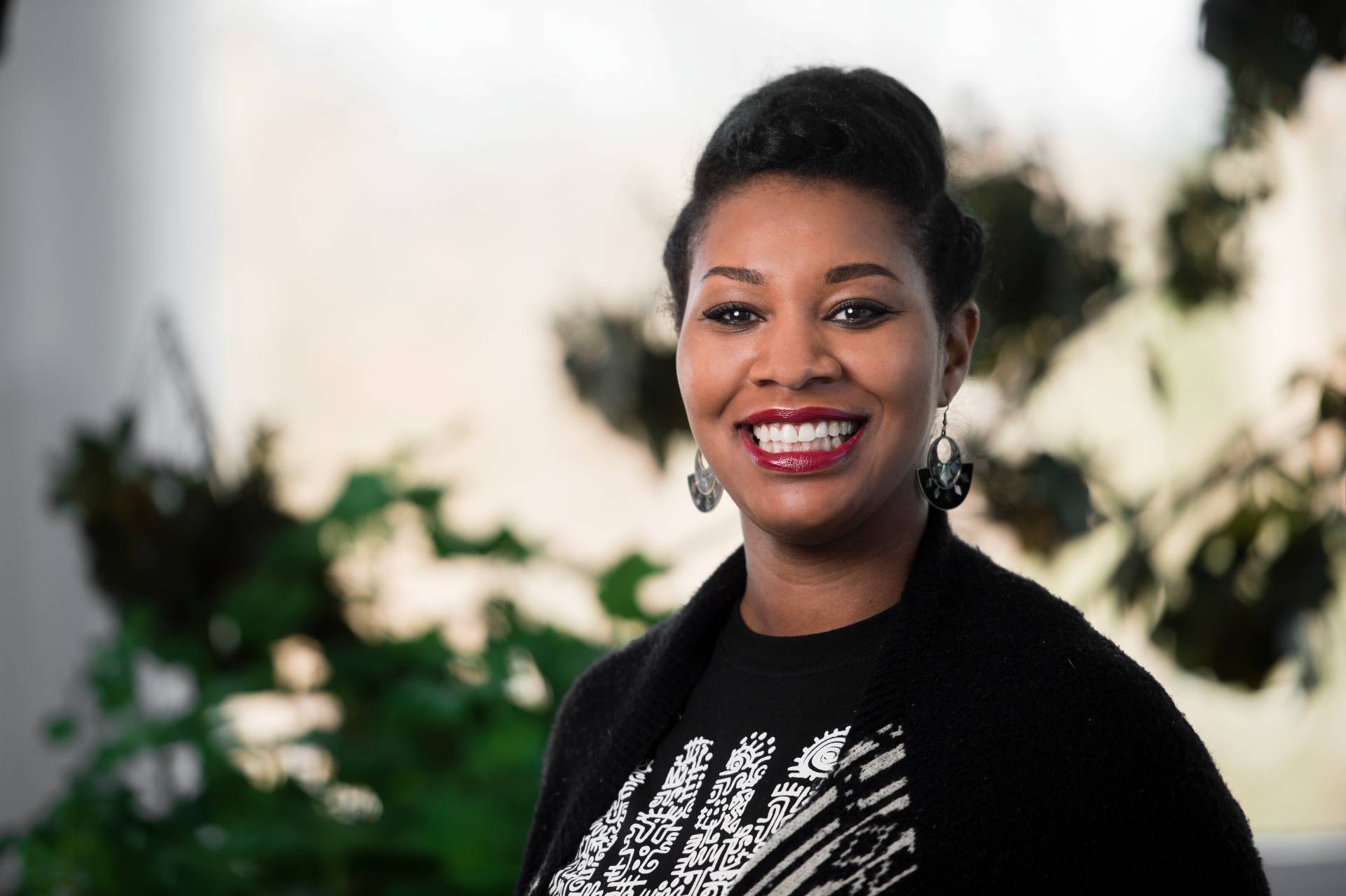 Her upper-level course “City and American Culture” focuses on Washington, D.C., how it came to be, and what it symbolizes to people. D.C.’s origin, carved out of two slaves states, paints a disparate socioeconomic picture. “It’s painted as a neutral town, but the actual day-to-day lives of people who live there tell a different story,” explains Wiley. It’s why she chose D.C. to discuss how cities form and as a reflection of our nation.

In March, Wiley takes the road to visit another place—Naples, Florida—with the Office of Alumni Relations and College Events. Although she’ll be in Florida, she’ll present on research that connects the African American poet Gwendolyn Brooks to the built environment of Chicago. This summer, Wiley will advance her work as a faculty fellow at Skidmore's 2017 MDOCS Storytellers' Institute, whose theme is -- appropriately -- "Space and Place."

And then, maybe, she’ll stay in one place. It’s not likely though.

An affirming moment of joy
With appeals for social justice and charges to change the world — without forgetting to pause for moments of joy — Skidmore College conferred 589 degrees to the Class of 2022 during the College’s 111th Commencement Exercises.
END_OF_DOCUMENT_TOKEN_TO_BE_REPLACED
May 23 2022

Your guide to Skidmore's academic regalia
At Commencement, Skidmore grads don colorful and symbolic regalia to celebrate their personal journeys and creative accomplishments. Here’s your guide to the story each piece tells.
END_OF_DOCUMENT_TOKEN_TO_BE_REPLACED
May 19 2022

Dear Class of 2022 ... Love, Skidmore
A tribute to the members of the Class of 2022 from some of the people – Skidmore faculty and staff – who witnessed and supported, their remarkable growth, perseverance, and success.
END_OF_DOCUMENT_TOKEN_TO_BE_REPLACED
May 18 2022
More News