My Life at Skidmore: Brandon Borges 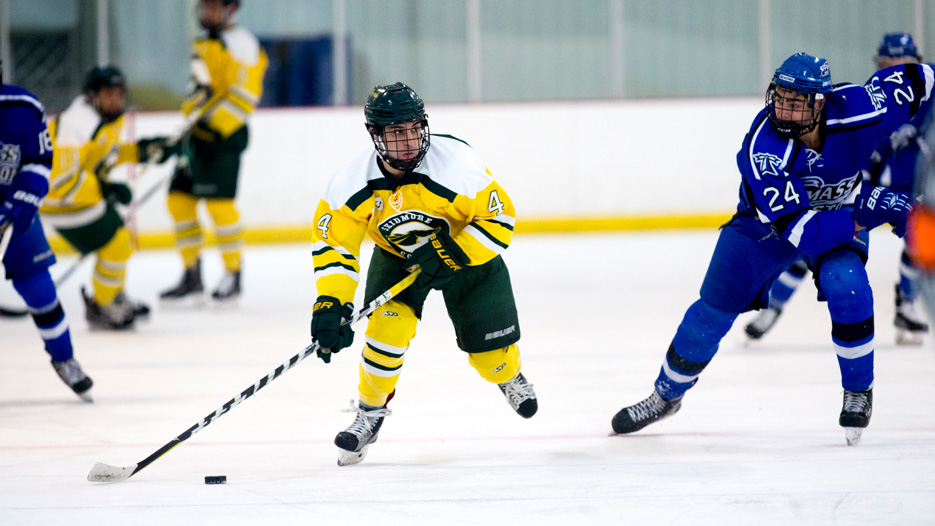 Years ago, if someone told me I was going to play hockey at Skidmore College, I wouldn’t have believed them for a second. Because I’m a first-generation college student and opportunities like this didn’t seem possible … until they were.

My name is Brandon Borges. This is Chapter 1 of My Life at Skidmore.

Me, my family and hockey

My dad is an immigrant from Portugal and my mom was born and raised in the inner city of Providence, Rhode Island. Neither knew what hockey was.

When they were young, my parents attended a Boys & Girls Club and remained involved after I was born. When I was 3 years old, a youth hockey organization came to the club to raffle off a free scholarship to play, hoping to raise awareness of the sport. My parents won.

So I started to skate. Soon, this game became my life.

There were no toys in my house; my only “toys” were a hockey net, tennis ball and hockey stick. And as I grew, hockey became more and more important. No matter the life challenge, hockey was an escape and refuge. The second I stepped foot on the ice, everything outside the arena became irrelevant.

Even when budgets were tight, my parents found a way to keep me on the ice, insuring my dreams … something I still cannot fully express my own gratitude for.

Me, my family, hockey and college

My dad has a GED certificate and my mom has a high school diploma. They always stressed the importance of education and wanted me to go to college. But our financial situation offered a limited scope. Then I realized hockey could be a way to open doors that I hadn’t considered.

By my junior year of high school, I only had one thing in mind: a hockey scholarship. I spent every waking moment thinking about it. The pressure grew and my game intensity matched it. I played as hard as I could … perhaps too hard. I got injured. Twice. Both times requiring surgeries.

I had to ask myself, “Why do I still play this game?” People thought I should quit. But all I could think about was my dad going to work in a factory every morning at 5 a.m. for the past 20 years just to buy me a new hockey stick or to send me to a tournament. For both my parents, I had to give it one last shot.

I got back on the ice and found my game again. But time was passing, and I still didn’t know what would come after high school. Then I received a call from coach (Rob) Hutchinson at Skidmore College. He saw my talent and asked me to consider playing for Skidmore.

I applied and was accepted at Skidmore. And, after sharing my circumstances with the College, I learned I was not only going to get to play hockey, but I was going to be able to come to Skidmore through its Opportunity Program, significantly reducing the cost.

Me, my family, hockey, Skidmore College and a future

So here I am — the first person in my family to go to college, playing hockey for a prestigious school. There’s more to come, but Skidmore may have changed my life, and my family’s life, forever.