My home at Skidmore is a team

I’ve been on Skidmore’s men’s basketball team for the past four years. But I don’t play basketball.

I’m the team manager, and that’s where my Life at Skidmore story begins and continues.

I’m from Lake George, New York, which is only 30 minutes north of Skidmore. My mom is an alumna, and I had always dreamed of coming to Skidmore.

That’s how I found myself at Accepted Candidates Day in 2014, expecting to learn more about the College but leaving with so much more. 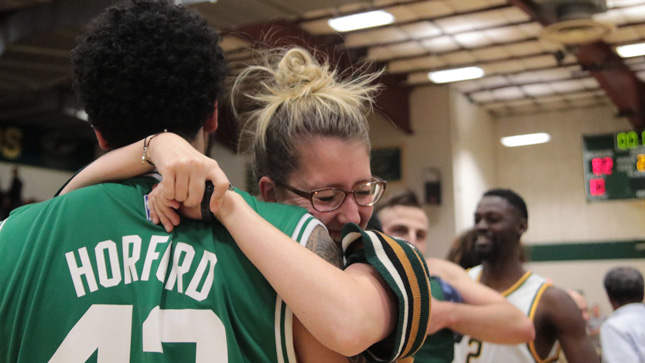 Part of that day included touring the gym where representatives from various departments and programs had set up information tables and booths. I went around and discovered a few clubs and met several department chairs, following my original plan.

Then, my mom got involved.

She knew that I absolutely loved the job that I had as a high school men’s basketball team manager. In fact, we had just won the New York State Championship. (I’d say it was a pretty well-managed team.)

My mom also knew that I was trying to blend in with all the other prospective students. I wanted to go with the flow and not stand out. I thought marching up to a coach might mean making a complete fool of myself.

But did still she nudge me to do it? Of course. Did I say, “Mom, stop. No way.” Absolutely. Did I do it anyway? Clearly. 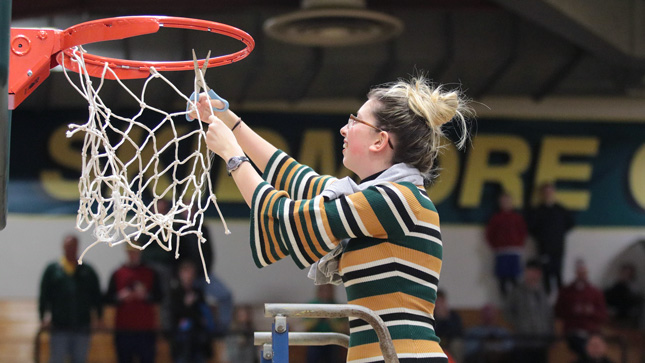 I shuffled over to Joe Burke, the Skidmore men’s basketball coach and introduced myself. Just a few seconds passed, and my anxiety melted away.

Burke was extremely welcoming, although I wasn’t there to try out for the team. We talked about my high school team, which he had been following, and how I had worked as team manager. We made a great connection.

Fast forward to my first day on campus that fall semester when I was checking in with my new manager, Coach Burke. I asked him if he wanted my résumé. He laughed and said, “I’m a good judge of character. I know you’re going to fit in perfectly here.”

Since then, I have gone to every practice, game, meeting and event that the team has hosted. The amount of food I’ve ordered in the past four years could easily feed an army. And the number of hours I’ve spent traveling on buses … well, I could do without that. I’ve traveled thousands of miles with these players and have eaten more chicken parmesan dinners than a human should ever eat.

Sitting at the end of the bench for every single game for four years, I have become part of the basketball family. And the court has become my home.

The guys on the team are my best friends on campus. They’ve made me laugh until I’ve cried, and they’ve supported me when I was struggling. As cliché as it sounds, I couldn’t imagine my life without them.

I asked them once if they ever thought it was weird having a woman on their team. They looked at me as if I was crazy and said,

You’re home. This is family.”

I look forward to sharing more of my Life at Skidmore. But the plot line weaving every one of my stories here together is this — I’m Lexi, the woman on the men’s basketball team. 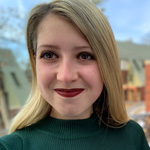 Lexi Parker, from Lake George, New York, is an education and American studies major. You can find her on the sidelines managing the men’s basketball team, creating lesson plans in the Education Department, or eating mac and cheese in downtown Saratoga Springs.