My semester on a Moscow stage 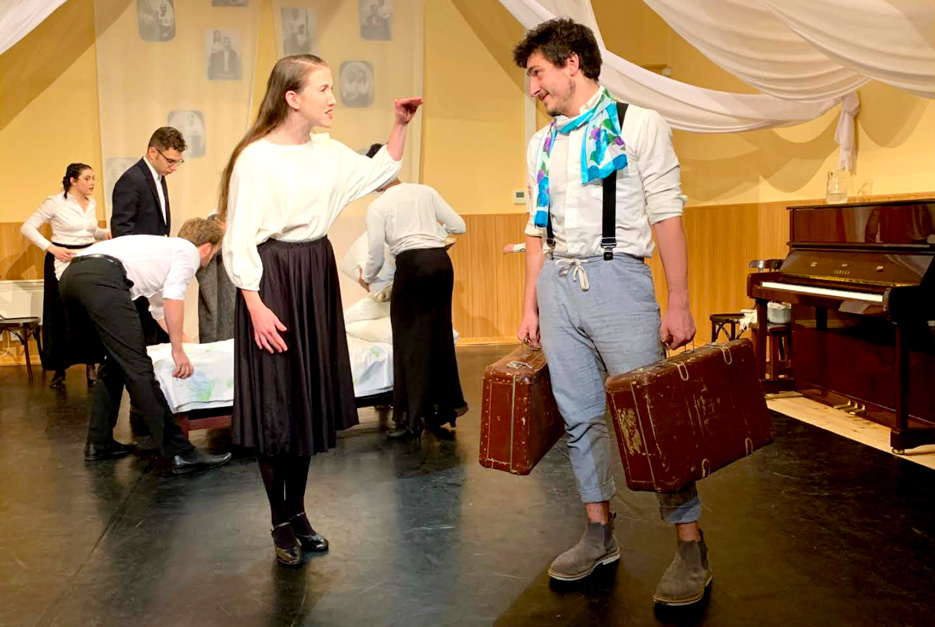 I spent a lot of my time in high school studying the sciences. Three years of calculus, two years of chemistry and physics, etc. However, I had another passion — theater. But I didn’t have many opportunities to pursue it.

Then I found Skidmore.

Here, I can study both the sciences and the arts. And now I find myself running between a geoscience lecture and an actor’s voice class, between the GIS (Geographic Information Systems) lab and play rehearsal.

But I still wondered, what would it be like to focus on one thing? To focus only on theater?

It was this curiosity that put me on a plane to Moscow, Russia for a semester abroad.

Before I left, people kept asking me, “Why Russia?”

Well, the Moscow Art Theater School (MXAT) is an immersive experience with one of the world’s first-class theaters. And several Skidmore-MXAT alumni have gone on to do some impressive things.

That said, given modern Russia’s representation in Western media, I was a little nervous.

My worries didn’t last very long. And in retrospect, my nerves seem so silly now.

Moscow was the cleanest city I had ever been to. No one jaywalks. The subway stations look like cathedrals. The traffic control and public transportation are nearly perfect. I felt safer there than in many other cities.

This is not to say that Russia doesn’t have its challenges. But being in Moscow is nothing like what people presumed. I had a lovely experience with nearly everyone I met. It was a lesson in not judging a country by its headlines. We did a lot of exploring in Moscow. Saint Basil's Cathedral in Red Square is one of many iconic sights.

Probably my favorite experience, or at least the funniest, was when I went to a cандуны, a Russian bathhouse.

Picture you and your friends melting in a 200-plus-degree room, sweating so much that you’ve drenched the towel you’re sitting on.

Next to you, your friend groans “xорошо” (good) with an abysmal accent. Then, from across the bathhouse, you hear a stranger respond in Russian-infused English, “Ohooo, very good.”

The room erupted in laughter (which in Russia is a light chuckle) and we truly felt like we belonged. We also explored other cities. This is Catherine Palace south of St. Petersburg.

I signed up for a nice, easy schedule with nine courses. (Kidding. They mean it when they say it is an “immersive” program.) I was in class from about 10 a.m. to 6 p.m. Monday through Saturday. Of course, we also had rehearsal before and after class.

I learned somersaults, headstands, backwards rolls and a lot of partner acrobatics. I attempted ballet. (I was bad, but I tried very hard.) I learned how to safely choreograph violence on the stage. We even spent our last night in Moscow doing some fun movement stuff.

I learned about Russian cinema and gained a sense of all the moving parts that make Russian theater successful. But the highlight of it all was acting.

We focused on devising etudes, which are essentially moments that change every character in the scene. We acted out everything from a partner getting caught cheating to someone vomiting during a yoga class, to someone robbing a bank, to a father returning from rehab. Gogol Center, Russia’s leading avant-garde theater was the place to be. This sign was for "Mitya's Love", a show where the actors are suspended in the air the entire time.

We also did scene work from “The Seagull” and “The Cherry Orchard,” both by Anton Chekhov (It's Russia, after all). And boy, we drilled those 14 scenes for about seven weeks. I think I threw a fake dead bird across the floor 100 times.

While I was absolutely learning about being a better performer, and adapting to a new culture, the biggest takeaway for me was this:

Everything in life is a process, and if you don’t learn to enjoy it, it’s gon’ be tough.

This semester was a wild ride. And going to Russia, I had huge expectations that I'd transform into a confident and accomplished actor based on the impressive work of Skidmore’s MXAT alumni.

But that kind of thing doesn’t happen overnight, or even over a semester. It happens with many high highs and low lows over a span of years — even decades — and what ties those moments of bliss to those of defeat is a sense of process.

What Moscow gave me were the tools to assess, work through and get lost in that “process.” Thus, it seems counter to my process to end my story with some flashy conclusion or perfect answer. Instead, I’ll leave you with the word I heard most often in Moscow: давай! (Let’s!) 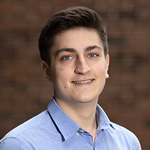 Anthony Nikitopoulos, from Baton Rouge, Louisiana, is double majoring in theater and geosciences. He studied abroad at the Moscow Art Theater School (MXAT) and is now continuing his studies, working as a head tour guide and a cinematographer, and taking whatever theatrical opportunities may come his way. He hopes you are having a great day.