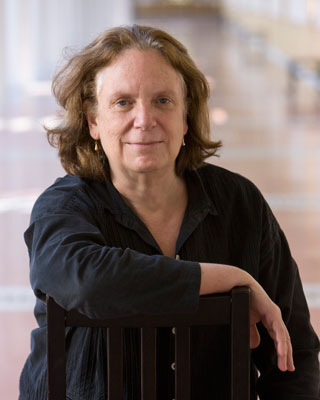 Wednesday, February 5, 2014
8 p.m.
Gannett Auditorium, Palamountain Hall
This event is free and open to the public.

The Office of Special Programs and the Theater Department are pleased to present the 2014 McCormack Visiting Artist-Scholar Resident, Anne Bogart. Anne is a prolific and award-winning American theater and opera director. She is currently artistic director of SITI Company, which she founded with Japanese director Tadashi Suzuki in 1992. She is a professor at Columbia University, where she runs the graduate directing concentration and is the author of three books: A Director Prepares, The Viewpoints Book and And Then, You Act. Conversations with Anne, a collection of interviews she has conducted with various notable artists, was published in March 2012. She is the recipient of two Obie awards, a Bessie Award and a Guggenheim fellowship. Recent works with SITI Company include Café Variations (Arts Emerson) and Trojan Women (the Getty Villa) and The Rite with choreographer Bill T. Jones. Bogart’s influence is felt throughout contemporary theater through the widespread use of SITI’s training methods of Viewpoints and Suzuki, her oeuvre of groundbreaking productions and her guidance at Columbia University of such diverse talents as Pavol Liska, Diane Paulus, Kim Weild, Jay Sheib, Darko Tresnjak and many others.