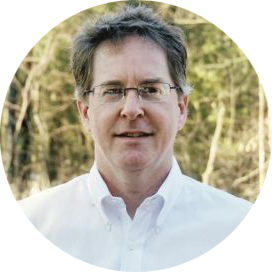 A familiar face to the Skidmore campus but a new one to the MDOCS program, Professor of Sociology Rik Scarce sat down to discuss his summer plans with the Storytellers' Institute, in which he will be a faculty scholar, his longtime passion for video ethnography and his expansive research into the unique world of minimalist/barefoot running.

An interdisciplinary education is something that Skidmore (and MDOCS) embraces with open arms. Scarce, who is currently teaching the classes "Social Theories of the Environment" as well as "Video Ethnography," has crafted a diverse career integrating perspectives on sustainability and social structures with both the written word and the captured image. Although the larger academic world likes to claim sociology as a statistic-heavy science, Scarce still maintains a creative influence in the research he does both on and off campus. As far as his documentary background goes, Scarce reflects upon his early entry into the photography world. 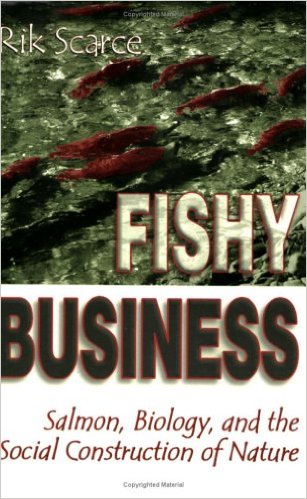 "I had been doing photography since I was in ninth grade and worked as a reporter for a small-town paper that had superb artistic taste. Working with those editors really helped my photography. It’s overblown to call it a photo-journalistic background, but I have my own version of that. And then after a few years, when I first heard about something called 'visual sociology,' I thought about how cool that would be. Well, I took my camera out during my Ph.D. work, I took some photographs, I took the photograph for the front cover of the book that was created out of my dissertation. So, I've been able to incorporate photography in my research."

Starting this semester, Scarce has split off a specific chunk of his "Visual Sociology" curriculum to teach a new course, "Video Ethnography."

"Anthropologists have been wonderful about photography and video for a long, long time. Early on, sociology had an emphasis on the visual as well. It was law. Now many of us understand sociology much more broadly, and we also are recognizing that there's simply no way you can study contemporary society and ignore the visual. In every society, the visual is incredibly important. But no society has ever been bombarded with the diversity and complexity of of visual images than ours has. So for sociology to ignore the visual, it borders on criminal." 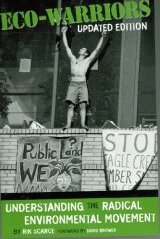 thoughts in mind, Scarce has taken on the personal responsibility of paving the way for the emerging media and film studies minor. Since originally sitting on the committee that helped to form the program, he has gone on to collaborate with multiple students who share his interdisciplinary interests.

"The college has really been behind me in terms of my interests, so it's really been wonderful to give back by sitting on the Media and Film Studies Minor Committee, and to work alongside some wonderful colleagues. We'll finally be opening the doors for students. This is an utterly remarkable time for faculty and students who are interested in the visual to be here. It's a moment of incredible opportunity and creativity. I'm getting wonderful student help, and then providing them with opportunities to get involved in their own way. It's a wonderful feeling, knowing that you're facilitating some of these interdisciplinary actions and collaborations."

MDOCS' summer Storytellers' Institute brings together documentarians from a variety of disciplines (Scarce being one) to collaborate in an open academic setting. The topic of his project, minimalist and barefoot running, is something that will certainly catch audience attention, although it's not a topic that very many people may be familiar with. Much of Scarce's new film is devoted to both explaining the phenomenon and its benefits, and sharing his discovery of barefoot running.

"Barefoot is literally like it sounds," Scarce said, "people who run with no shoes on. And then minimalist running—a true minimalist shoe is one where the height of the heel and the height at the ball of the foot is identical. It's also a shoe that's incredibly flexible. Years ago, I had long ago given up the notion that I would ever run. The former athletic trainer at Skidmore, when I once went to him with injuries, once looked at me and said 'You have the worst biomechanics of any human being I've ever seen in my life.' He didn’t say anything any other athletic trainer wouldn’t have said at that time. He was operating under the mindset that shoes can cure what's wrong with the foot. And for biomechanically damaged people like me, there was no hope. I was going to keep being injured.

"Flash forward to 2012, I'm looking for new orthotics, and I can't find them at a reasonable price. So, I started looking for alternatives. I stumbled across this one podiatrist's website, who was discussing this new 'barefoot and minimalist revolution.' And I decided I would give it a try. What gradually happened was that I learned how to run the correct way, and in the correct footwear, footwear that doesn’t control or cushion. It doesn’t attempt to correct the body's natural movement. So we've been sold a bill of goods, essentially, by the running shoe manufacturers. One of the cool observations that's come up during my interviews was a podiatrist who said that you don't need arch support. If you think about it architecturally, if you support an arch, it collapses. You don't support an arch, you let an arch do its thing. So, revelations like that keep popping up. But that's how it started, I wanted new orthotics but I wasn't going to pay for them.

"One of my earlier projects was a film and a book on sustainability in the Hudson River region [Sustaining This Place]. I envisioned that project being a bridge to my research future, shifting from written materials to film. And so that's been incredibly important to me, that opportunity to make a smooth transition. So now the current film I'm working on is about minimalist and barefoot running. At this point, what I've chosen to feature is a mix between myself, a brand new minimalist runner, and an extremely experienced one, one of the top marathoners in the United States. So in terms of telling a story, I think that'll be the core, but I've also spoken with scientists, podiatrists, MDs and a ton of different runners from wildly different backgrounds. And so how do I weave their varied stories and sources of information into this story—I haven't worked that out yet.

"To be here and to be with a group of students and far more experienced documentarians (than I) on my film, seeing what they're doing, hearing their ideas, putting my work out there and having it critiqued, is really just the most wonderful opportunity. So I'm really looking forward to doing more documentary work with students than I already have. There are plenty of things about my film that I haven't figured out yet. It's gonna work out, and one of the reasons why I know it's going to work out is because of the team that's going to be here in June, that I'll have to lean on. I'm going to take away a lot more from Storytellers than I'll have to give, I can promise you that."