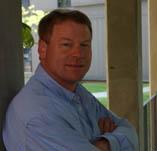 Born in Pittsburgh, Pennsylvania, Pfitzer grew up primarily on the outskirts of Cincinnati, Ohio. He attended Colby College in Waterville, Maine where he earned a Bachelor of Arts degree in American Studies and History. He received a M.A. degree in History and a Ph.D. in the History of American Civilization from Harvard. After brief teaching stints at Colby and Knox College in Galesburg, Illinois, he arrived on the Skidmore campus in 1989 and is in his 32nd year of service to the college.

Pfitzer is the former chair of the American Studies department and teaches a wide variety of courses, including The Wizard of Oz, The Civil War in American Memory, Myth and Symbol in America, Methods and Approaches in American Studies, Mark Twain's America, Hudson River Culture, Popular History, The 1960s, and Senior Seminar.  In 2004, Pfitzer was honored with Skidmore's Ralph A. Ciancio Award for Excellence in Teaching, and in 2014 he delivered the Edwin Moseley Lecture recognizing achievement in scholarship.

Pfitzer's primary intellectual interest is popular historical writing. He has written four books on the subject, including Samuel Eliot Morison's Historical World (Northeastern University Press, 1991); Picturing the Past: Illustrated Histories and the American Historical Imagination, 1840-1920 (Smithsonian Institution Press, 2002); Popular History and the Literary Marketplace, 1840-1920 (University of Massachusetts Press, 2008); and History Repeating Itself: The Republication of Children's Historical Literature and the Christian Right (University of Massachusetts Press, 2014). He is currently working on a book tentatively titled Fame is For the Fellas: Female Renown and the Childhood of Famous American Series.

Pfitzer has published a number of journal articles on literary figures Thoreau, Melville, Hawthorne, Henry James, Charles Francis Adams, Jr., and Mark Twain as well as on the painter Winslow Homer. He is also the author of a piece on science fiction literature entitled "The Only Good Alien is a Dead Alien: The Metaphysics of Indian-Hating on the High Frontier."  More recently, he collaborated on an online exhibit, CLIO: Visualizing History, about the production histories of two mid-nineteenth century pictorial history projects.