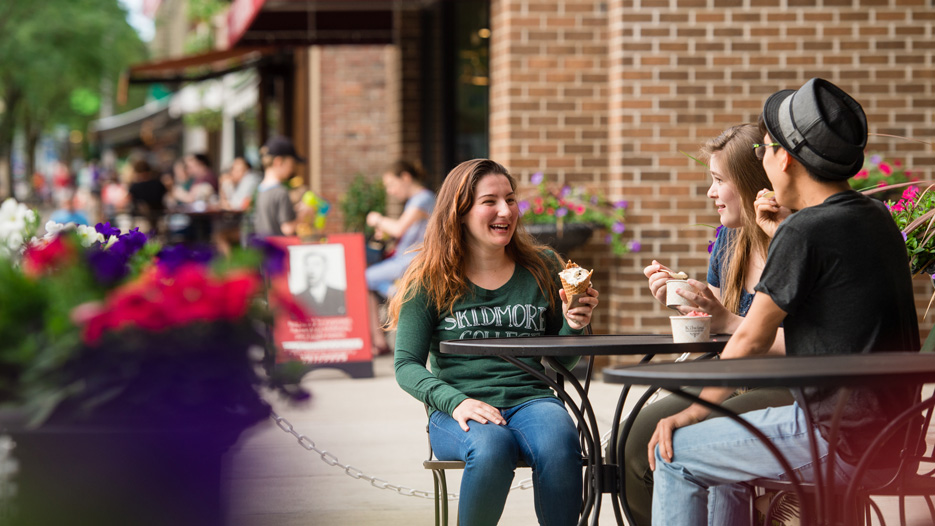 Saratoga Springs is the perfect college town. What really makes it stand out, however, is how passionate the community is about its traditions. Some may be expected — like its horse-racing history — but others can only come from a small city that values creative thought as much as Skidmore College does.

To get a taste (a lot do involve food), here are a few Saratoga traditions Skidmore students love. 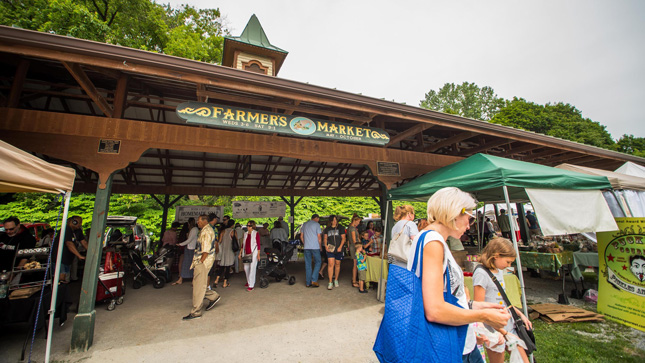 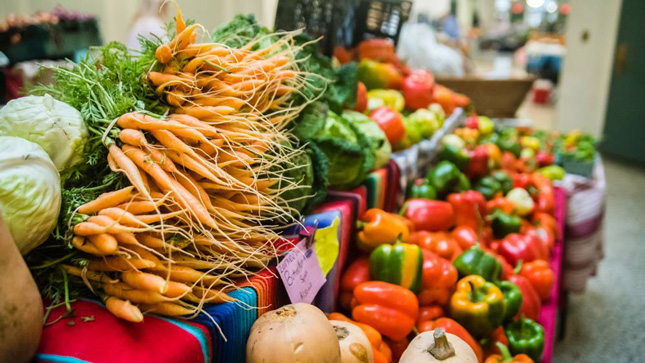 Filling the High Rock Park Pavilion in the summer and the Lincoln Baths building in the winter, the Saratoga Farmers’ Market provides warm, freshly baked bread, vibrant produce and artisanal cheese all year round.

Since 1978, the market has grown to include vendors selling everything from hand-crafted accessories to hydroponic vegetables and even ready-to-eat hot and cold meals. A trip to the Farmers’ Market is a great way to celebrate the craft and skill of this community. 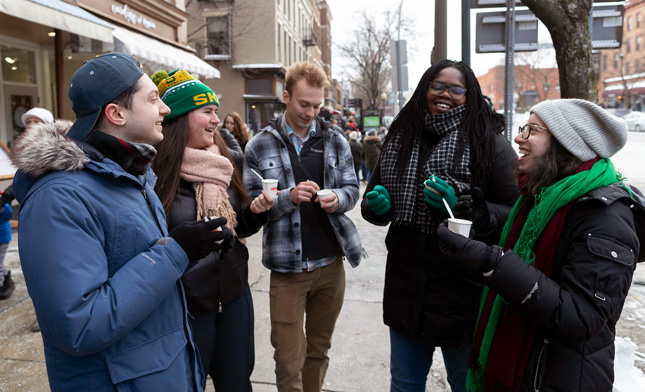 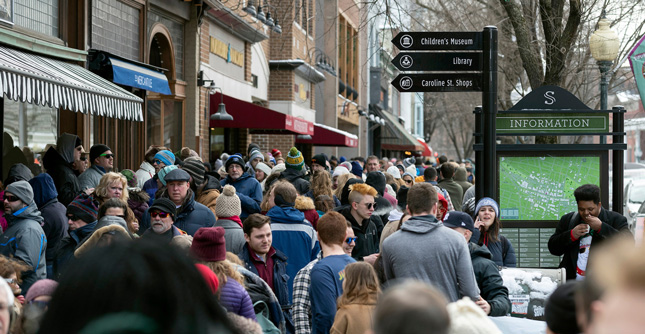 It may fall on a frigid February day, but Saratoga’s annual Chowderfest is always a highly anticipated culinary celebration.

Every year, Skidmore students and visitors from near and far traverse the packed streets of downtown Saratoga Springs, carefully inching from storefront to storefront so as not to miss a single cup of $1 chowder.

From classic seafood to spicy chicken, hearty vegetable or even dessert chowder, each restaurant offers its own unique spin on this rich soup. With so many to sample, you’ll always have a cup in hand, warming your frozen fingers and tiding you over as you and your taste buds wait in anticipation for the next spoonful. 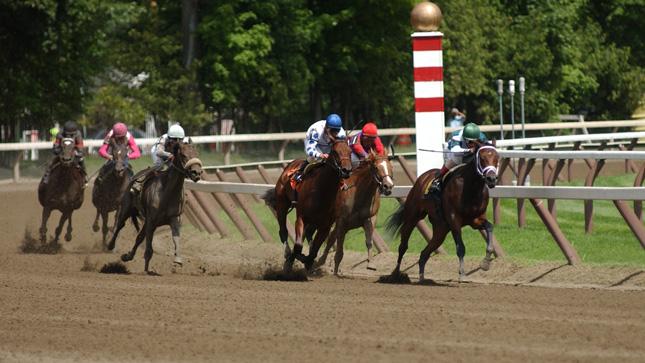 While some towns gather together with noise makers, jerseys and face paint for a highly anticipated sports game, we do things a little differently in Saratoga, trading baseball caps for dramatic, decorative hats.

Saratoga’s most known tradition, the annual Saratoga Race Course meet, has drawn a large crowd to the city every summer for 150 years. In fact, the population of Saratoga Springs triplesduring the summer. As a Skidmore Thoroughbred, be sure to catch a glimpse of these speedy horses as they make their way around the track.

Nationally ranked as one of the top five towns with the most restaurants per capita, Saratoga Springs is a true foodie destination. So naturally, Saratoga’s annual Restaurant Week is a fall favorite.

Throughout the week, patrons can enjoy a $20 or $30 three-course meal or a $10 lunch special at participating restaurants. With so many options so close to campus, Restaurant Week offers the perfect chance for a college student to explore — at a fixed price — the exceptional restaurants Saratoga has to offer. 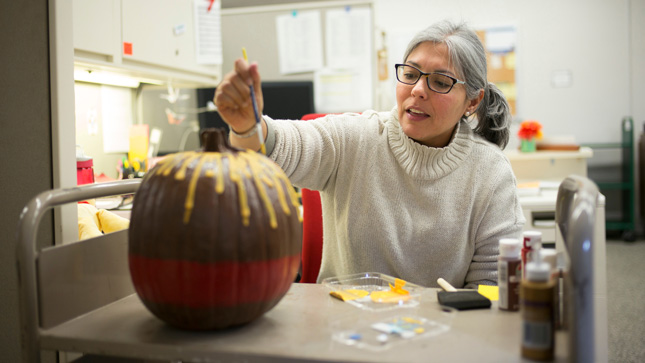 Put away your books, but keep them close by for the Great Pumpkin Challenge. For this creative, Halloween-themed contest held by Skidmore’s very own Scriber Library, participants design a “literary-inspired” pumpkin.

Using their literary-artistic minds, students and faculty transform their pumpkins into imaginative works of art. Past creations include Cinderella’s carriage — complete with Cinderella herself — the Lorax seated on his tree stump surrounded by truffula trees, and the iconic deep-blue cover of “The Great Gatsby.”

The finished pumpkins, bearing very little resemblance to a winter squash, are put on display for all library-goers to enjoy. At Skidmore, the creative possibilities are truly endless.

It may be one of Saratoga’s newer traditions, but for this foodie community, there are never too many ways to celebrate eating.

With nearly 30 participating restaurants, flavor-feasters can sample everything from potato knish to sushi rolls, tacos and ziti Bolognese. For just $1 per sample, this event is the perfect opportunity to try something new. 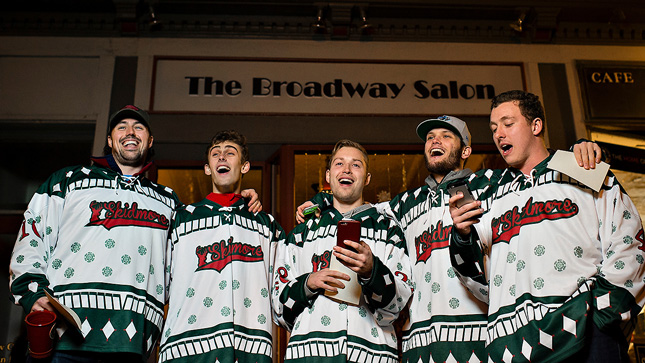 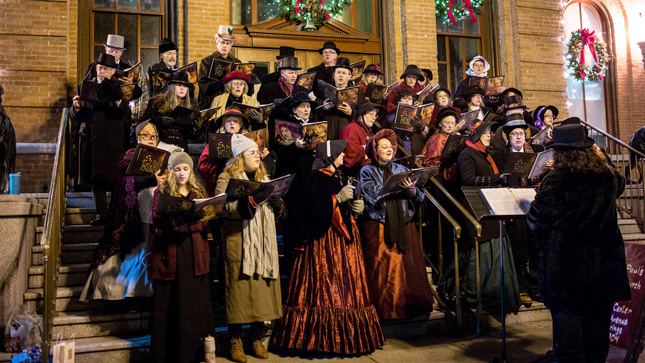 Travel back in time as you make your way along a brightly lit Broadway on a chilly December night. Filled with music, performances, shopping and plenty of spirit, the Victorian Street Walk is the perfect way to celebrate the arrival of the holiday season.

Sponsored by the Saratoga Springs Downtown Business Association, this event is just one of the many quintessential traditions that bring together members of the community, local businesses and Skidmore students, many of whom volunteer as performers and behind-the-scenes event planners. 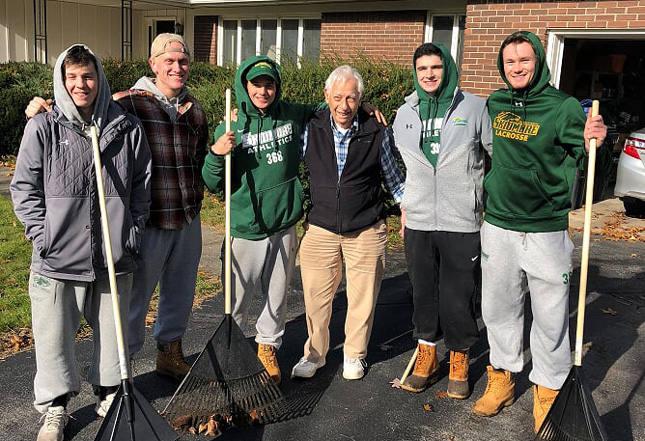 There’s no question that Skidmore has a unique bond with Saratoga Springs. And there’s no better way to show appreciation for this city than to give back to it. Supporting charitable causes is a tradition for Skid Kids and Saratogians alike.

Off campus, students volunteer at organizations such as the Saratoga Senior Center, Saratoga Bridges, Shelters of Saratoga and Franklin Community Center. On campus, each holiday season the Skidmore Cares program raises donations of food, provisions and school supplies for the Saratoga community. Since 2006, the program has raised more than $90,000 for community causes and has distributed more than 28,000 items.

No matter the season, place or time, there are dozens of ways to get involved in this caring tradition.

A great place to call home

All year round, these one-of-a-kind traditions, whether they’re 150 years old or five, bring endless joy and entertainment. But more than anything, they continuously connect us with one another. Each tradition, whether it be a light-hearted dog parade or volunteer work, strengthens the bond between Skidmore and the creative and passionate city it is lucky to call home. 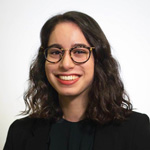 Jenny Lupoff is an art history major with a management and business minor from Westport, Connecticut. She loves the carefully crafted stories behind all things visual, making her two areas of study a perfect combination. Though from the suburbs, she feels truly at home in bustling cities and enjoys exploring — preferably on foot — the energy, foods and shops of new places.