In It 6 is a suite of diversity, equity, and inclusion (DEI) programs designed to raise our cultural fluency and strengthen our community. 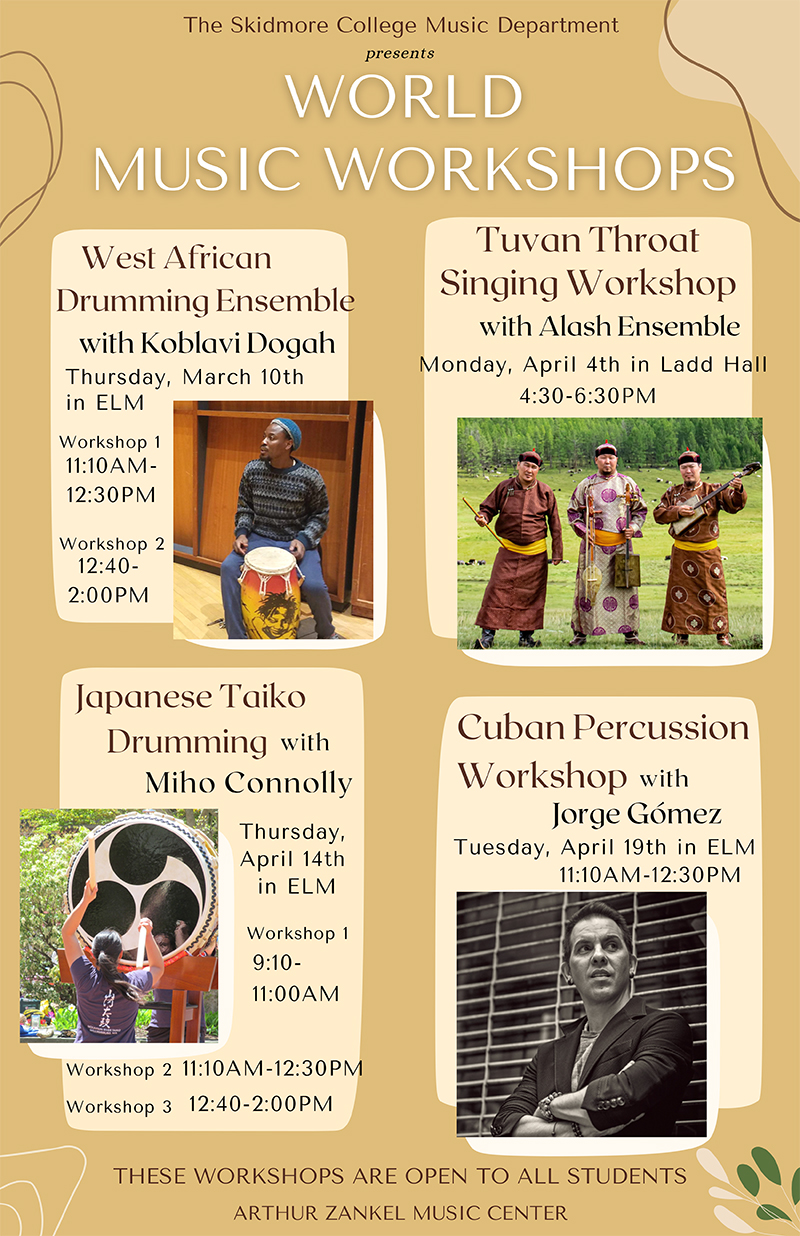 Join Alash Ensemble in a workshop on Monday, April 4 at 4:30p.m. in Zankel’s Ladd Concert Hall to learn the basics of throat-singing from master vocalists! Come learn about these extraordinary vocal practices in a casual and open environment. The three multi-instrumentalists who make up Alash – Bady-Dorzhu Ondar, Ayan-ool Sam and Ayan Shirizhik – have won numerous awards for their performances of Tuvan sygyt, kargyraa, and xöömei (known collectively as “throat singing”), techniques that involve producing multiple pitches at one time.

Special thanks to Sarah Choi ’22 for designing the advertisement poster for the World Music Workshop series.