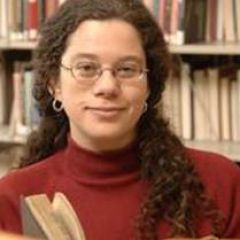 Jordana Dym is Professor of History with research and teaching interests include Latin America, the history of cartography, book history and public history. She joined the Skidmore faculty in 2000 after undergraduate studies in History that took her to Russia and France, a stint in the Foreign Service that expanded her horizons to Central America and North Africa, and graduate studies at New York University. She teaches a Latin American survey, regional courses on Central America, the Caribbean and Mexico, and topics courses on the history of travel and travel writing, war and peace, maps, and publics. Engaging with written, visual and aural sources, her classes encourage students to present findings in papers, newspaper article, sound stories, websites and exhibits. She supervises International Affairs majors, offers a first-year seminar on maps in the world, and enjoys sharing her love of travel with students on campus and on travel programs in France, Mexico, Cuba, Guatemala and Puerto Rico. She directs the Latin American Studies minor program, and was the inaugural director of the John B. Moore Documentary Studies Collaborative (MDOCS) (2014-2018), developing the DocLab, Skidmore-Saratoga Memory Project and Storytellers' Institute.