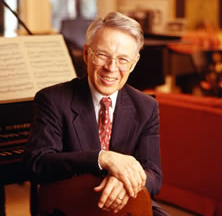 In honor of his tremendous contributions to the college as former president, to the department and our students as emeritus professor and inaugural holder of the Tisch Family Distinguished Professorship, and to his continuing work in the discipline, Skidmore's Classics Department has renamed the annual departmental lecture as the David H. Porter Classical World Lecture. This lecture is a highlight of the spring semester and part of the department's gateway course, CC 200: The Classical World.

Drawing case studies from Periclean Athens and early Imperial Rome, Professor Kennedy will explore some ways in which ancient Greeks and Romans discussed human cultural and physical variation, and whether it is possible to talk about "race in antiquity" to begin with.

This year’s lecture will be held via Zoom. Advance registration is mandatory. To register, please click here.