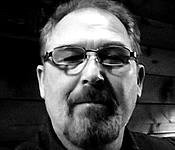 David started his training at School of American ballet at the age of eight. He graduated from the North Carolina School of the Arts in 1979 and joined the New York City Ballet the same year as an apprentice. Taken into the corps de ballet in 1980. David began working with such notable choreographers as George Balanchine, Jerome Robbins, Peter Martins and Twyla Tharp. He became a soloist in 1986. David left the company to open his own studio the Albany Dance Institute in 1990 and currently is the Artistic Director of the Saratoga Ballet Academy. David has choreographed numerous ballets, a full length Nutcracker and has guest taught at several colleges and Universities.