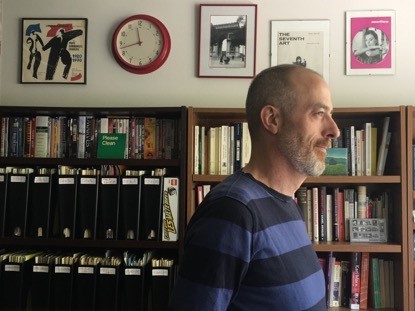 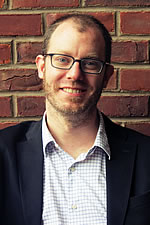 Paul Benzon, Assistant Professor, English, teaches courses on topics including digital culture, hybrid genres, and media theory. His research and teaching combine interests in contemporary literature, cultural studies, and the history and theory of media ranging from the typewriters of the late nineteenth century to the networks and screens of the contemporary digital moment. He is often drawn in both his classes and his writing to moments of artistic experimentation and formal extremity—encyclopedism and textual overload, surplus and excess, remixes and reproductions, errors and deletions. Taking these aberrations as points of departure, he explores questions of textual materiality, the archive, and the aesthetics and politics of media change.

Paul’s recent research has focused on a wide and eclectic range of media phenomena, including tapes, libraries, trees, tanks, dust, and robots. His work has appeared in Media-N (as part of a special issue he guest-edited on “The Aesthetics of Erasure”), electronic book review, CLCWeb: Comparative Literature and Culture, PMLA (where it won the William Riley Parker Prize for an Outstanding Article in 2010), Narrative (where it received the James Phelan Prize for the Best Contribution to Narrative in 2013), and Publishing as Artistic Practice (Sternberg Press, 2016), and is forthcoming in the Routledge Companion to Media Studies and Digital Humanities (2016, Routledge) and the Routledge Companion to Media Technology and Obsolescence (2018, Routledge). He is also currently at work on two book projects: one entitled Archival Fictions: Materiality, Form, and Media History in Contemporary Literature and one entitled A Partial History of Deletion: Absence, Obsolescence, and the Ends of Media. 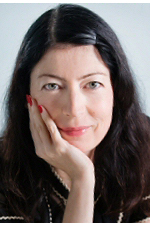 Nicole Coady, Lecturer, is the creator, and showrunner, of the live action fairy tale television show, "The Adventures of Snow White & Rose Red," which premiered on Amazon in summer 2018. Nicole received her Bachelor of Arts from Vassar College in Film. She went on to pursue a career in the film industry working for such companies as the Creative Artists Agency before embarking on screenwriting, with screenplays produced by New Line Cinema and 20th Century Fox. Along with running The Adventures of Snow White & Rose Red, Nicole is currently in development on The Brothers Grimm's classic fairy tale, "Twelve Dancing Princesses", and the haunted house film, "In A Mirror Darkly". She is currently part of the Media And Film Studies faculty at Skidmore College where she delights in teaching screenwriting and directing to her talented students. 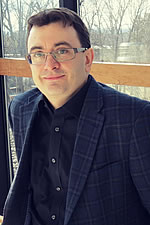 Aaron Pedinotti is a visiting assistant professor for American Studies and Media and Film Studies.  He received an MA in Modern History and Literature from Drew University and a doctorate in Media Studies from New York University.  He researches and teaches about numerous topics, including the history and political economy of modern technology and media, the social and political effects of the US military-industrial complex, the impact of neoliberalism on American and global society, and the aesthetics and politics of popular culture and entertainment.  Sub-specialties within those topic areas include the histories and formal characteristics of print, film, radio, television and new media; the role of video-gaming in American society and culture; the history and practice of independent media production (with a particular focus on radio); and the critical study of genre fiction, including science fiction, fantasy, horror, and several types of comics.  He has published essays in the journals Films for the Feminist Classroom and Communication +1 and in the edited volume, Global Manga: Japanese Comics without Japan. At present, he is working on a book that explores anticipations of virtual reality in the history of British and American gothic aesthetics from the eighteenth to twentieth centuries. It involves a trans-medial analyses of gothic architecture, aesthetic theory, literature, film, and videogames, with a focus on how the motif of sublimity informs the creation of virtual environments. Further down the line, he has plans for two additional books, one examining gender dynamics in speculative representations of cybernetic warfare and another exploring thematic and conceptual similarities in the work of medium theorist Marshall McLuhan and legendary comic book artist Jack Kirby. 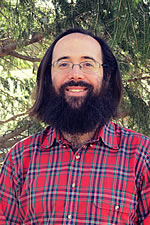 Adam works across media art, performance, music, installation, auditory culture, and experimental nonfiction. After studies in music with avant-garde legends Anthony Braxton, Alvin Lucier, Anthony Davis, and Pauline Oliveros, his soundworks have taken disparate forms, from immersive multichannel installations to song cycles and touring band projects. His music has been commissioned by New Music USA, the Hammer Museum, and Machine Project, and his music-theatre-documentary A Mess of Things earned “best of” awards and rave reviews at Fringe festivals in Hollywood and San Diego, CA. With the collective Seven Count, his installations have explored sonic participation and historic musical instrument collections. His video practice, subject of a 2022 solo exhibition at the Arts Center of the Capital Region, engages with contemporary screenlit embodiment and (un)wellness, using antique video equipment to create glimmering, painterly abstractions and immersive spaces.

In roles ranging from audio producer and sound designer to composer and curator, Adam has logged a wide range of collaborations, including a radio play co-created with Marina Abramovic and Kim Stanley Robinson, and How to Tell a True Immigrant Story, the first 360VR film ever to compete in the Locarno Film Festival. His collaborative explorations with children, strangers, and publics have been the subject of several publications, and served as grounding and inspiration for Adam’s work on the MDOCS Co-Creation Initiative, funded by the Andrew W. Mellon Foundation, which links the college with regional community partners through collective artistic response to the challenges of our time.