Katie Hauser: Associate Professor Katie Hauser is analyzing the critical literature on Balthus’s provocative painting Thérèse Dreaming. Even though the girl clearly has her period (red blood/paint seeps through her underwear), apparently no critic or art historian addresses this remarkable representation of a menstruating girl. Contextualizing the painting within contemporary views of menstruation illuminates critics’ (literal) blind spot, reveals Balthus’s unexpectedly feminist take on the subject, and models a feminist meta-analysis of criticism, exposing how the written word constrains vision. 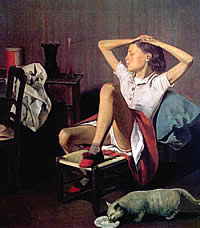 Mimi Hellman: Associate Professor Mimi Hellman is working on a book about the hôtel de Soubise, an aristocratic residence in 18th-century Paris whose rococo interior, now partly restored and open to the public, which figures prominently in the art-historical canon but is rarely studied as an expression of aesthetic and social values.  Mimi’s project explores how architecture and interior decoration negotiated the unstable dynastic identity of a family who aspired to an unusual, often contested status in the hierarchy of French court society. 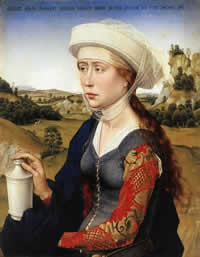 Saleema Waraich: Assistant Professor Saleema Waraich is working on a manuscript titled, Memory, Monuments, and the Mughal Empire in South Asia. This project traces the histories, changing functions, and varied symbolisms of the administrative-residential capitals of Lahore (Pakistan) and Delhi (India) from the Mughal period to the present. The book seeks to analyze the ways in which power and authority have been conceptualized and challenged in early modern, colonial and national contexts. Exploring the building and conservation practices, imagery, and narratives that surround these complexes, the project combines the study of visual culture with issues pertaining to memory, identity, and politics within and across borders. 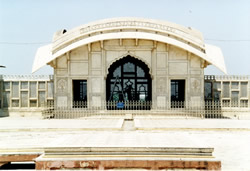