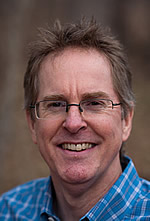 Sociology has given me the opportunity to translate several of my concerns and passions into courses and research projects. I was drawn to the discipline by environmental sociology, and most of my publications and films reflect an interest in the environment. For that matter, making films exemplifies the freedom and flexibility that sociology—and Skidmore’s Sociology Department, in particular—has provided me. My first major film was on sustainability in the Hudson River region, Sustaining this Place; my book Creating Sustainable Communities parallels and amplifies on the film. I also teach three courses on visual sociology and video ethnography, and I am now editing a new film, Impact, on the minimalist and barefoot running movement—for more information, click on the “personal website” link, below.

Along with environmental and visual sociology, my other interests include science and technology studies, political sociology, social theory, and research ethics. The latter is particularly important to me because, in 1993, I was jailed for more than five months on a contempt of court citation after I refused to fully cooperate with a federal grand jury. The grand jury was investigating an Animal Liberation Front break-in at the university where I was studying for my Ph.D. My research was on radical environmentalists, including the ALF. I argued that, as a scholar, the First Amendment shielded me from forced testimony and that the American Sociological Association’s “Code of Ethics” directed that I not violate promises of confidentiality that I made to research participants.  I never answered the grand jury’s questions, and after 159 days imprisoned in the Spokane County (Washington) Jail, a judge released me.